Menelaos Karamaghiolis: My New Friends Or What I Believe In

After thirty, when asked about my age, my spontaneous reply is “I don’t remember.” Yorgos asked me to write about youth, love and faith. The word “youth” freaks me out; it sounds so outdated. I realised that deep down, I still believe in love, even though love has caused some major delays in the course of my life; delays in achieving my goals, the goals of a normal person that is (yes, we also have a choice not to be normal), meaning the ways each one of us comes of age on time, has a professional life, gets a job, a social security number and a steady relationship. These delays were accompanied by a belated child-like attitude, of a thirty-year-old young adult.

I feel no affinity for anyone who calls me a “peer.” Narratives starting with a “back in the day” in order to underestimate the present and embellish the past, appall me. This applies to the 90s as well; to me it seems like yesterday, so much so, that I can still recall the smells and feelings that would burden me unbearably. That’s why I know very well how it is to grow in a world full of optimism, overwhelming fallacies, lifestyle hallucinations and money-driven attitudes. Assets that do not help one grow, become versatile and fight for what is deserved. Around the turn of the new century, Art, after useful deconstructions, redefinitions and deductions, begun a sufferable journey lacking faith in a support system from which it could feed off and thus became unable to determine any upcoming ways. So did our lives, and mainly the lives of those who were born and raised during the last two decades of 2000. Then, recession hit us along with the opportunity to redefine what was considered a given.

Growing up, we learn that nothing is a given, but even if it is, it can still be charged with such an unmatched turn on, that could guarantee a dynamic attitude against all obstacles in order to reestablish the world. I learned all these from my new friends, who invaded my life as Dei ex machina, to save me from my midlife crisis and force me to redefine myself, struck by my mistakes; the kind you unconsciously make by resorting to excuse defense mechanisms.

Who are these friends anyway and how do they do it? First, they don’t ask questions about age or other stereotypes and social labels. They look at you in apathy if you dare to reminiscent, they redefine the already surrendered values, they disapprove of nostalgia and above all, they put up their middle finger while smiling. Since they grew up in the 80s, the 90s and the beginning of the 21st century alongside the rise of the middle class, they were automatically entitled to all the privileges, freedoms and above all, the financial support. In other words, everything the older generations wouldn’t even dare to imagine. These newfound benefits saved them as much as blocked them, within a sordid system of nepotism that penetrated their lives. They found themselves trapped between the civil servant professional aspiration – promoted by the social party of the time – accompanied by the dream of premature retirement and the right-wing bonus of lifelong protection by one’s own personal politician.

The crisis of the second decade of the century that fuss-free and slowly destroys every civil right and achievement that has been obtained with enormous sacrifices, annoys me. On the other hand, this same crisis managed to undermine the aforementioned illusions, leaving all these kids hopeless, not young enough any longer, unable to live their drama in a big way at least, like another Oliver Twist. Some return to the family home, others – the more flexible ones- fortunately protest for a better life and a new era without prejudice and borders. They decide to rebuild this country, overturning any pre-existing gaps and divides. The twenty and thirty-year-olds are very much alike and the forty-yearolds smile with pleasure, thinking that they could hide a decade of their life. Bullshit. Plastic surgery, substitutes and theories do not make you younger.

This kids gauge the solutions, are thirsty for new things and don’t give a damn about numbers, taking revenge on their over protective seniors, the political system and those who think that everything – even prosperity – can be defined by numbers , the stock market and polls. These kids redefine their values away from numbers and seriousness. Employing their sense of humor, they do everything differently, they mix things up and create anew a world that is not restrictive; anyone can join in, as long as they dare to take risks and have fun. These kids quit their permanent jobs, they set up innovative start-ups, claiming potential prospect, exploiting any idea in order to confront the difficulties the recession has caused. I’m excited when I see that love, unemployment, oregano, AIDS, the environment or water shortage, become a driving force behind great, small businesses of people who love what they do and don’t care to countdown to their summer vacation. I’m grateful to these kids for including me – without my asking – in their brand-new world, making me forget the threatening number that is my age, which keeps coming after me, trying to stop me from searching for what comes next. 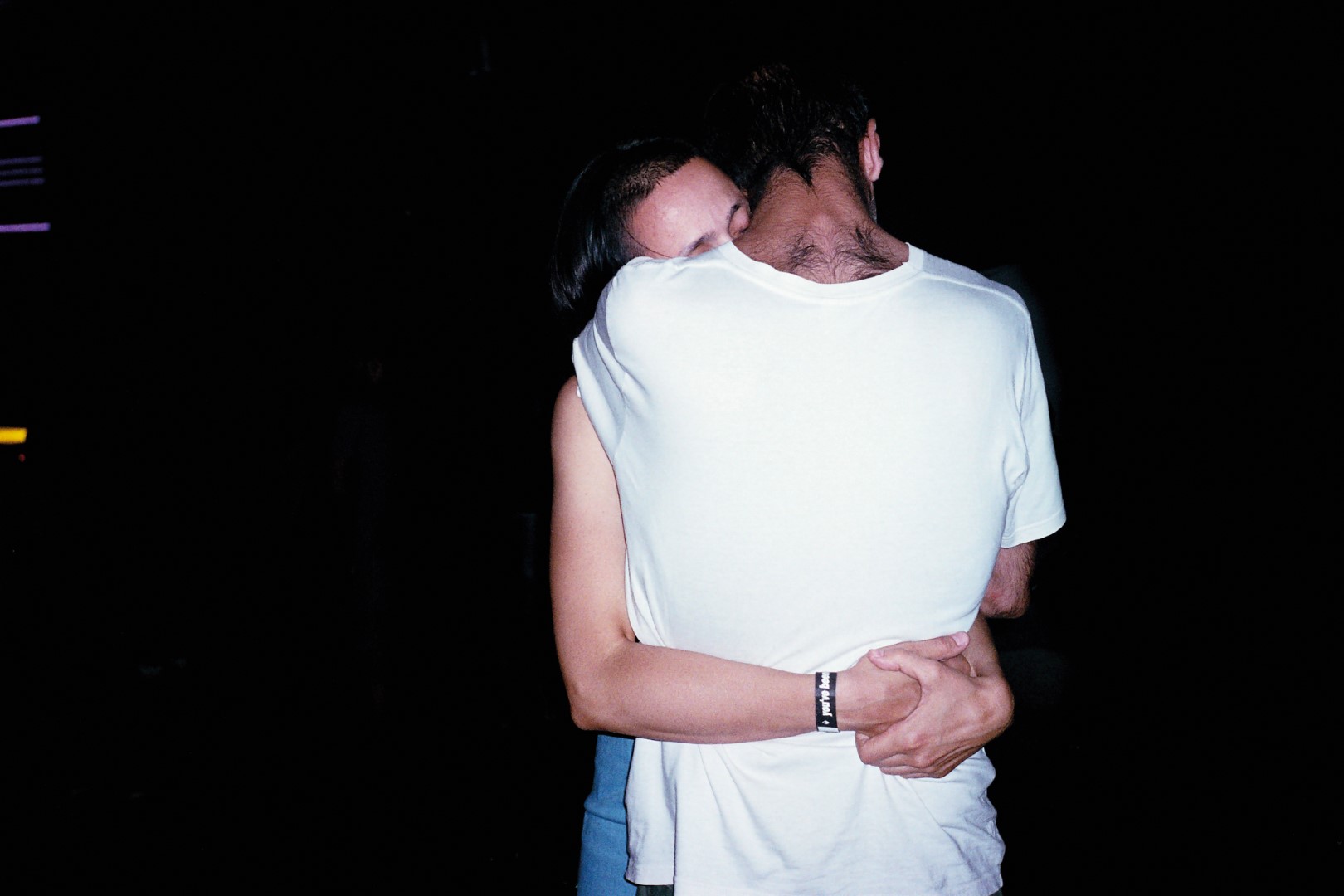 These kids – thankfully they are many -show me every day how to live, how to accept failure, to de-dramatize the difficulties, to restart and to compromise by preparing for my next battle; to start changing the world by changing myself first, how to get turned on without stereotypes, to fall for what’s real, to tell stories without rambling, to experience love unattached from repressed feelings, to blow my birthday candles on fast-food fries, to observe my surroundings and value the unimportant accordingly, to wear cheap clothes but feel fashionable, to offer inexpensive, inventive gifts which can undermine, with spot-on political messages, the greatest danger of today: the totalitarianism that propels populist dictatorships. You can send an anonymous gift to a friend, an image of a semi-naked Putin, wishing happy birthday in Russian, signed by the leader himself, who alongside a few other madmen threaten humanity. It’s not just funny; it also serves as a wake-up call.

These kids organize their own “terrorist attacks” without bombs, nor victims. They use humor instead, and they claim their right to live their Renaissance, not their Middle Ages. The only thing I still can’t quite master, is the civil way to break-up. But I’ll keep trying. For, these kids, my teachers, deal with love in a different way. They are not afraid to fall for their long-time friend, they’re not afraid to admit to their best friends they’re “faggots” in fear of rejection (and they dare to use such words), they’re not afraid to admit their fears, they dare to be single parents or form amazing families outside the norm and they fearlessly let their wonderfulbabies hug huge, wild-looking dogs.

All of the above, is not a utopia. I live it every day in real life, in hidden parts of this city, in social media, mainly in the image-loving Instagram. These guys are my hope to restarting a life that up until now seemed abruptly and irrevocably interrupted by separations, loans, attacks of fearful people who can be potentially dangerous. A life threatened daily by -isms (terrorism, fascism) and other people’s phobias that penetrate our lives willing to choke us if we let them. 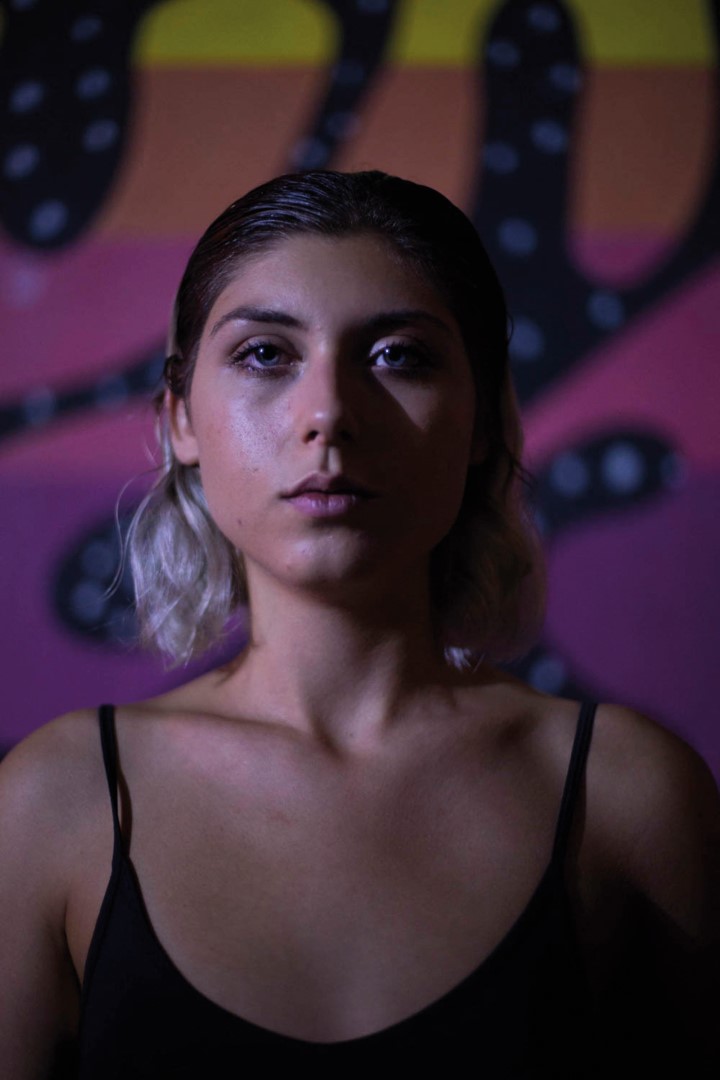 I don’t know if my new friends are many or if they are a powerless minority. And if someone lists to me their parents’ privileged background, I will talk back, as the “squad” contains a Greek-Albanian guy whose mother is a cleaning lady, bankrupt fathers who left nothing but debts behind, a web developer who found a job even though he has only one hand, etc. That’s why they became my new mentors; because in a rather cynical way, they truly believe in something. They believe in love. And since all you need is a joke, please stop referring to these kids’ future as somesort of a cheap politician. Stop telling them they lost their way and that our ways were better. We fucked up and we couldn’t save them from this crisis. Just hear them out and follow them. And what about love? Maybe they’ll show you how it’s truly done. Yes, I’ve seen it, it can happen. Don’t ask me how old I am and I suggest you start avoiding the use of any kind of evil numbers. Allow yourselves to get carried away by things to come.

In case you don’t believe me, let me give you some names, as a proof (they’re many many more): Lydia (who started at OZON), Vasso, Orestis, Stavros, Neritan, Panos, Daphne, Savvas, Tsou, Tati, Moch, Yiannis, Stefanos, David, Eleftheria, Mirsini, Antonakis and more. Luckily, they are much many. If you need their surnames, I can provide those too.