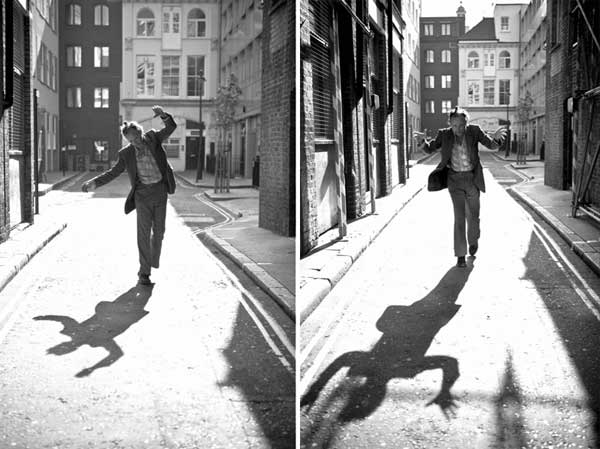 a count, white and drawn

David Tibet is the founder of Current 93, the music collective whose members have been artists such as Michael Cashmore, Nick Cave, Shirley Collins, Marc Almond, and Antony Hegarty. A stage of a constant of change is what makes the composition of Current 93 together with its music pursuits. Like a living organism, its shape and configuration depends on the stimuli it projects itself to. Tibet sings his obsessions. Light is followed by darkness, followed by images filled with ‘black soft stars’ and Coptic prayers. Tibet himself, a tall slender figure with a voice that sounds detached from the real world, tells us about innermost desires, patterns made out of repeated ‘magical’ motifs and people free from any vacant aesthetic.

-I am taking you long way back, but I wanted to ask what initially inspired you to form Current 93?

I really wanted to make music that spoke just to us. It was really important to me to sing my own song. I’m so connected to my obsession for love, fear and hope so I never thought that anyone else would find a way into it. But then of course all the things produced by people whose work I love, music, work, writings, makes me think that they think the same. We live in this internal world which is so meaningful to us and sometimes we wonder whether anyone else can understand what touches us.

-Current 93 is such a personal project and yet it is part of a whole. So, what binds all the members of this ‘weird’ collective together?

The dynamic in Current 93 is not really like in other groups, it is a purely personal project. It is me of course and yet at the same time I’m so intimate connected with other people. The thing that binds us together I think, is simply friendship and love for each other. I have certain beliefs and I’d be very surprised if the other people I work with shared them. And after all we don’t all share the same aesthetic or belief structure, we don’t even listen to the same music; I think it’s mutual enthusiasm and love that binds us together.

-Can you give me the image that today describes Current’s 93 notion of the world?

Well, I think last time we spoke I said it was a vision of a huge peacock. But today I’m influenced by the paintings I’m doing. There is a close friend of mine, Uwe Henneken, a German artist who I like a lot and he is having an exhibition in Athens opening on the night we are playing. It is an exhibition of his work but there’s also going to be some collaborative pieces between myself and Uwe. This morning, before you rung, I was working on these paintings and so the image that comes to mind today, is the image to which I was basing the painting: the Persian emperor Shapur II who defeated the Roman emperor Julian the Apostate. It’s a very beautifully powerful and tragic story. So that’s the image for this morning. It sounds like an astrology lesson, ‘your post for today is blablabla, and the Current 93 image for today is blablabla’ (laughs).

-I promise I’ll call next week. I’m just scared that one day your image might depict the end of the world. Now, instead of gloom and doom, would you like to tell me about your interest in non canonical aspects of religion? What mystical paths do you follow at this moment in time?

Well I was brought up in Asia and naturally I was interested in Hinduism and Buddhism. Christianity attracted me cause it was quite exotic and I was interested in both canonical Christianity as well as the Apocrypha and all non-canonical and Gnostic texts. When I was very young, around when I was eleven, I bought a book called ‘The Apocrypha New Testament’ by M.R James which had a big effect on me. So, even at a young age I was interested in the more esoteric aspects of conventional, popular religion. I never thought of myself as an occultist or even having an interest in the occult. I’m interested in Cabala, and Jewish mysticism but I don’t consider that occult. I was never interested in staff like The Golden Dawn; I always thought Satanism was ridiculous; Anton LaVey’s books are entertaining and funny. I can’t think of any occult that had any impression on me whatsoever, apart from Crowley, and of course Crowley thought of himself as some short of a prophet. So I was always interested in esoteric aspects of religion.

-Crowley however suggests a whole different concept of love to Christianity, for example.

Yeah, Crowley’s notion of love was pretty self-centred. When Crowley says ‘Do what thou wilt shall be the whole of the Law’ and ‘Love is the law, love under will’ to me really it means nothing, It’s too vague.

I am interested in him. I am collecting his paintings. I’ve got seven or eight of his original paintings. I am interested in him; I’m just not a follower of his. I’m not interested in him as an individual. You know, I love his paintings; I think most of his books are incredibly boring. I like his novels. I like ‘Moonchild’ a lot, I like ‘Diary of a Drug Fiend’, I recently wrote the introduction for a collection of his short stories. So I am interested, I’m just not a follower of his. I wouldn’t want to live in a thelemic world. Yeah, I think when we die; it’s not going to be terribly important what short of pentagram we wore round our necks.

-In any case, Ι understand there has been a certain transition to your spiritual interests and I wish to ask you why you kept the name of the band, a name directly linked to Crowley?

Well, I thought about it many years ago, even back in the 80’s. I guess I got used to it and I like its anonymity as well as its power. It’s just something that’s with me.

-Do you sometimes feel over-exposed and how do you respond when people act like they already know you?

Well I wonder how much we ever know anyone, no matter how close. We never quite get to know ourselves so how can we really know someone else? I am very open to people when they write to me, but it does sometimes feel strange; you do have this situation where people write to you with the most intense personal revelations. I think because I’m so open about myself in my records, people also feel they can be equally open to me. Of course that’s an honor, but it does feel strange sometimes. Because I do an album and I send it out and I’m not really aware of whose listening to it.

-How did the collaboration with Fabio Quaranta and your involvement with fashion come up?

He introduced me to Fabio who is a fan of Current 93 and Fabio put on an exhibition of my paintings in his clothes shop and in the art gallery that he runs in Italy. He also bought some of my work and asked me if I’d be interested in making designs for some t-shirts for his new fashion collection, coming out on
October 2011. He named this collection after my album ‘Aleph at Hallucinatory Mountain’, and just said to me ‘I like to make t-shirt drawings and of course I’d like you to’.

-What was your inspiration behind these drawings?

Ιf you look at these white and black images you see the same phrase repeated thousands and thousand times in writing, like prayers. The inspiration behind this series, of Fabio Quarenta, was my reading of Gnostic texts in Coptic and I called them ‘I have seen the Gnostic awe and all’. They were prayers to Gnostic deities and repetitions of symbols such as birds or powers either hostile or friendly to us. The paintings I do come from my interest in Christian and Gnostic non-canonical imagery and escapology.

-Do you believe that repetition of the same image empowers the feeling that you want to create?

I don’t know about other people but it does for me. I’m quite an obsessive and determined individual in this area. If I do something I’m very very focused on it that and I’ll keep on doing it till I do it right. This idea of repetition being a way of shortcutting the rational process and the heart seeing things and not the mind analyzing things.

-What should we expect from your upcoming album that will be released in Athens?

People should expect anything from anything. I’m really happy with it. It’s called ‘HoneySuckle Aons’ and I think it’s the most beautiful and powerful album and the most personal one yet, but I think that about every album. If it weren’t more powerful and more beautiful and more personal for me than the last one then there would be no point doing it. People have to make their own judgment. I guess some people will love it and some people will hate it but it doesn’t matter to me because the band and I do these albums just for ourselves and if people like them that’s excellent and I’m pleased, if they don’t like
them that’s fine as well. It’s just for us.

-When you speak, your voice has such an interesting quality that sometimes it’s almost like you sing. I was listening to you now and it could have been music on the background.

That’s sweet. I guess it’s because I’m really passionate about what I believe in. But I’m also very passionate that people don’t believe what I believe, because I believe it. Sometimes I get e-mails saying ‘David what do you believe? Could you give me some ideas on this or that? What religion should I choose?’ that disturbs me because it is not for me to say. It’s not for anyone to say. We have to follow our own path. And be the best we can be. Explore our potentials. Make sure our love is always open to new possibilities. And so for me, going back to Crowley, ‘Love is the law, love under will’ sounds like a robot speaking. It means nothing. The world is full of meaningless phrases and meaningless gestures, which is crazy because the world is also full of great meaning. Full of meaning and on the other hand it’s full of nothingness. We have to find something to forget the nothing. Because that something is the beating heart in the center of everything.