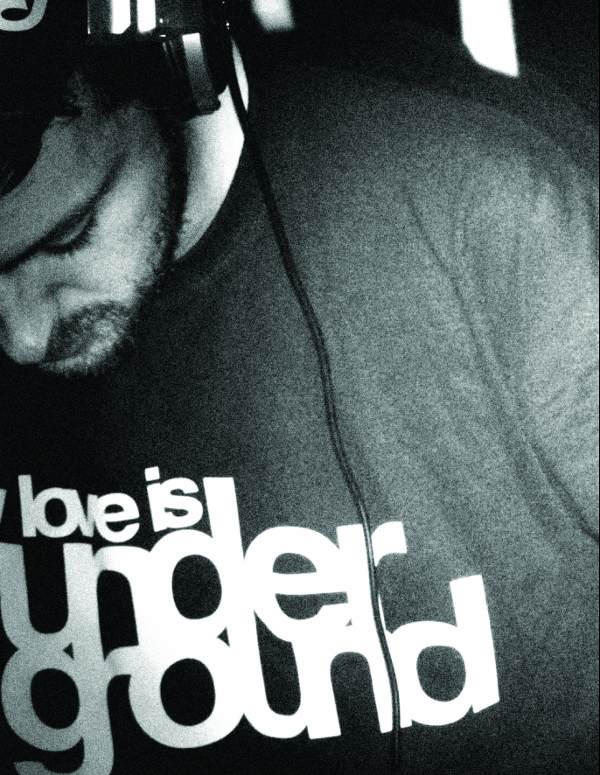 In an environment marked with plethora of new releases and hip music scene saturation, a young man from Paris suburbs launches a label dedicated to Deep House on vinyl format. Having traveled to the sound’s birth places, cities like New Jersey and NYC, he gets in the recording studio with material that has remained on stock for at least fifteen years. ‘My Love Is Underground’ label is the result, already counting three releases in less than a year. Their productions constantly feature on House community playlists as well as in specialised radio stations, such as Radio Nova. And this is just the beginning for Jeremy aka ‘Underground Paris’ who talks to OZON a few days before his visit to Athens for his appearance on ‘Twonite’ event beginnings of January.

-How did you start your massive vinyl collection and djing? Which were your first music influences?

I discovered House thanks to Radio Nova in Paris, back in the spring of 1997. A few weeks after, I started buying my first releases, with Tears Of  Velva ‘’The Way I Feel 97’, C.V.O. “Party Time” on Balance etc… I have one strong influence in House music, and that is Kerri “Kaoz 6:23” Chandler.

-How is the Parisian house scene today?

Well, let’s make it short: the Parisian scene is dead. The only good party left is ‘Mona’. That place called ‘Djoon’ used to have good parties, but not anymore. The hipster electro-rock/minimal crap is ruling the whole electronic nightlife. I can’t really complain about Paris though, because the same problem is everywhere. If I was a promoter, I would never pay a so called ‘mighty’ guy when he plays the same stuff than your neighbour could play. Talking generally, in my opinion, DJ’s should be the record collectors, not the producers.

-Collaborations with producers from the early 90s such as Nate Tinsley / Nathaniel X  and Jerzzey Boy of the legendary Bottom Line were the first releases of the label. How did that impressive idea occur to you and these long journeys that made it happen?

Since 1997, I’ve had a lot of time to dig into the House sound. By taste, I specialised myself into the early 90’s stuff, and that gave me the opportunity to discover and own a lot of rare & obscure records. I have a shortlist of obscure producers that really drove me crazy, Nathaniel X and Jerzzey Boy are two of those. So, five years ago, I’ve had the idea of trying finding them, and after years of research, I finally found ‘em, my partner Sammy aka Izmo/Brawther helped me a lot for that! In January ‘10, I’ve been travelling to the US, and had the opportunity to meet up with Nate X & Jerzzey Boy. They made me listen to some killer unreleased tracks, and from that, I decided to launch the label. When I heard those unreleased gems, it really made sense to start it.

-Do you believe that being authentic was the solid factor that contributed to the label’s instant success?

My Love Is Underground is all about passion, it’s all about the proper House vibe. No matter the response of the market. ‘Paris Underground Trax – Vol.1’ made very good sales but to be honest, I don’t really care about that. I don’t care about how many copies I will sell in the future. I believe in music and I can’t lie to the music. If new people -who didn’t know this sound before- start to follow us, that’s cool, and if they don’t, that’s also cool.

-What should the crowd of Athens expect from a ‘My Love Is Underground’ night? You can expect to discover sounds that you never heard before, dancing on tracks that no other DJ would ever play. Wait, I’m not especially keen on the ‘rare’ stuff, I love good music first, so I also love classics, of course. But when a nightclub is giving me a plane ticket and money to play records;  I’m trying to make the difference by playing great stuff that none would know in the crowd, even the DJs.

INTERVIEWS MY LOVE IS UNDERGROUND TWONITE