A Dance Where Costumes Rule 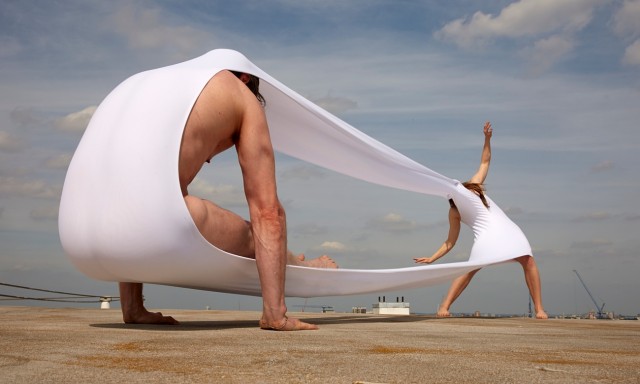 For Hussein Chalayan, fashion has always been an art form directly associated to dance. Each and every design of his has a theatrical motion and a quality that stands out. A quality that earned him the title “British Designer of the Year” twice in succession.

According to the newspaper The Guardian, this theatricality and love for dance was soon extended when Alistair Spalding, excited by his talent, suggested Chalayan to showcase his artwork at Sadler’s Wells Theatre. Within the framework of the theater, the designer managed to develop his skills and collaborated with choreographer Damien Jalet to finally satisfy his personal visions.

The two men quickly developed the process that would encourage their cooperation. Chalayan used sketches, photographs and other visual materials to clarify the issues he wanted to explore as well as the costumes he desired and finally based on all these, Jalet had to create the choreography.

Influenced by migration and displacement, matters that directly affected his life while coming from a Turkish-Cypriot family,he creates and directs his first show Gravity Fatigue. While Gravity Fatigue is partly about the trauma of having no fixed home, it’s also about the reverse side of such a displacement: the exhilaration of being free.