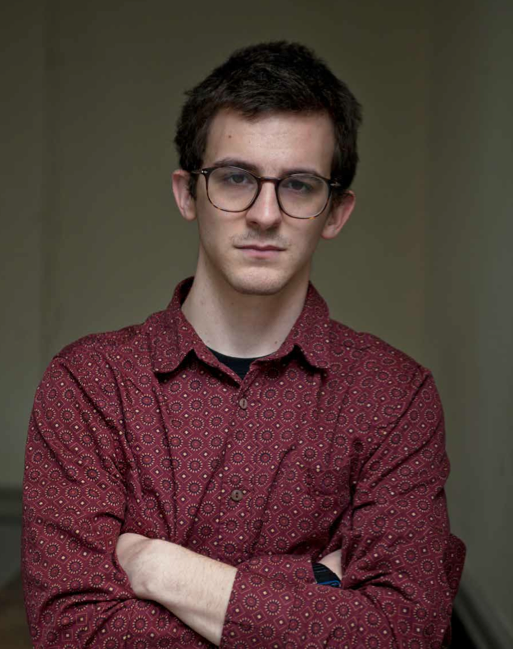 Birgif is the avatar of Aggelos Efstathopoulos, a part of his life that he tries to keep separate from his professional career, working as a graphic designer and animator. He does this purely for himself, defining his work as a separate entity.

What does Birgif try and visualize?

Mostly faces, clothes, style, situations. I take great pleasure from gathering images of people that I meet and who interest me. There are many people out there that have made an impression on me and I’ve chosen to capture them in my own way, holding on to what it was that drew me in. However, there so many more faces that come straight from my imagination.

When one looks closer at your designs, it’s evident that they are not realistic, but sit comfortably in the realm of expressionism, with the figures appearing distorted. Why choose this way?

I just follow the line that comes to me naturally and is definitely not in line with any sense of realism. It comes across as much more of an extreme emotion. If for example you see someone screaming and his mouth is distorted, then you instantly delve deeper into the essence of the scene, clearly because it is so extreme and non-realistic. My designs follow a form of photographic logic. They are all portraits and focus on a person that I put through extreme conditions, so I can then better relay a sense of tension.

How long have you been drawing? Has your current style been in place from the start?

I started drawing a long time ago, but my technique hasn’t always been the same. I went through the straight lines and little houses phase, then learnt how to draw realistically and finally ended up here, which gives me great pleasure. It’s a state of constant evolution. As far as the artistry itself is concerned, some may see me as an artist, some may not, but all I’m trying to do is preserve this project, the entity that is Birgif.

What tools to do you use?

I never use pencils for one, I’m always very focused on my lines. Are you not afraid of mistakes?

I start out with a blank sheet of paper. A mistake is subjective. What you think of as a mistake, could be on purpose and an attempt to cover up a mistake, might seem to you quite wonderful. I don’t really plan what I’m going to draw.

You don’t paint on a large scale. Would you like to take on a larger project, such as a mural?

What I do on paper is very specific. I find it quite impressive and I like it a lot, but I’ve also built up my skill with a pen or marker not a spray can. A mural needs for you to be precise on a large scale and that’s something I need as well. I can’t do that right now, so no, I wouldn’t want to do it yet. I’m a perfectionist. 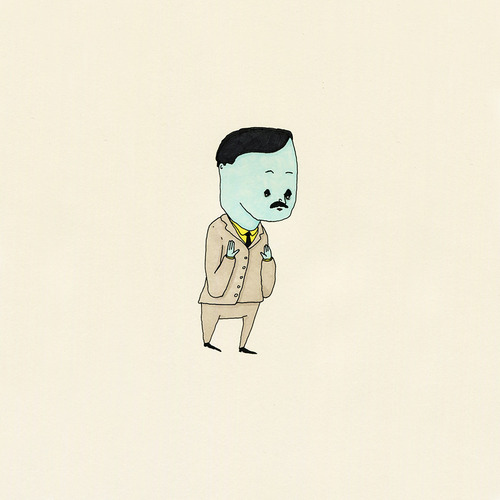 What artists or movements have left their mark on you?

I wouldn’t say I like the entirety of a specific movement. I’d much rather focus on artists, such as Edward Dorey or David Hawckney. A lot of people say that my work reminds them of Tim Burton and that maybe true as far as first impressions go, but I can’t see it because it has nothing to do with where I draw my inspiration from!

What are your short and long term goals?

It’s important for me to maintain the pleasure I get from my work. To maintain its authenticity and not let it be affected by my professional commitments. The nature of my illustrations can touch some and leave others completely cold. I don’t really care if someone buys it because they consider it beautiful. If my work is to be shared, I want that to happen because it creates emotion. I don’t want to simply be beautiful, or challenging or big. That is way it’s strictly abstract. That is the sort of decay and alienation I want to avoid, without that meaning that I look at it as some sort of grand work. Those are all my goals. 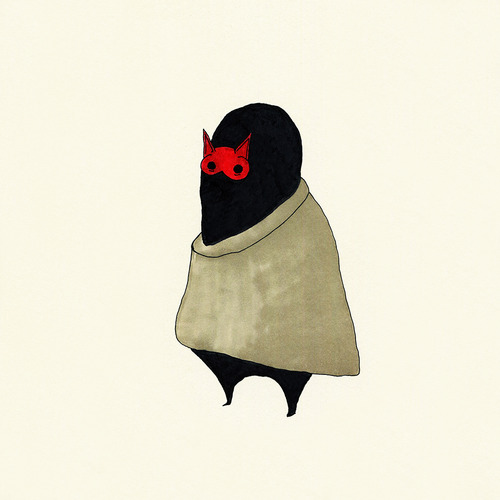