Banksy is one of the UK’s best known artists. Ηis street-graffiti art makes him famous, although no one knows his real name. One of his pieces, called Art Buff, depicts an older woman staring at an empty plinth while wearing headphones with her hands clasped behind her back. That piece, has been vandalized with a spray-painted penis just two weeks after it appeared on a wall in Folkestone, Kent.

Damage to the famous street artist’s mural is not expected to be permanent as clear plastic sheeting was placed over it not long after it appeared. 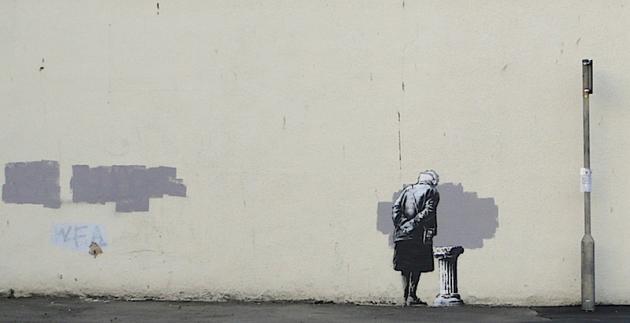