Daniel Firman: Between Action And Inaction

Is there an elephant in the room? Daniel Firman takes the well-known English idiom “elephant in the living room”, which means that there’s a serious issue that we should acknowledge even though we don’t want to, and puts it into action in the most unexpected way.

Daniel Firman was born in Bron, France, in 1966. From an early age, the French artist has expressed his concern for the lack of interest on behalf of the states/citizens regarding the current socio-political issues. His gravity defying, plaster made pieces, inhibit the concept of movement, time and energy. Their paradoxical arrangement puts the viewer in a sensory limbo, causing him to reevaluate all those concepts that were considered a given. 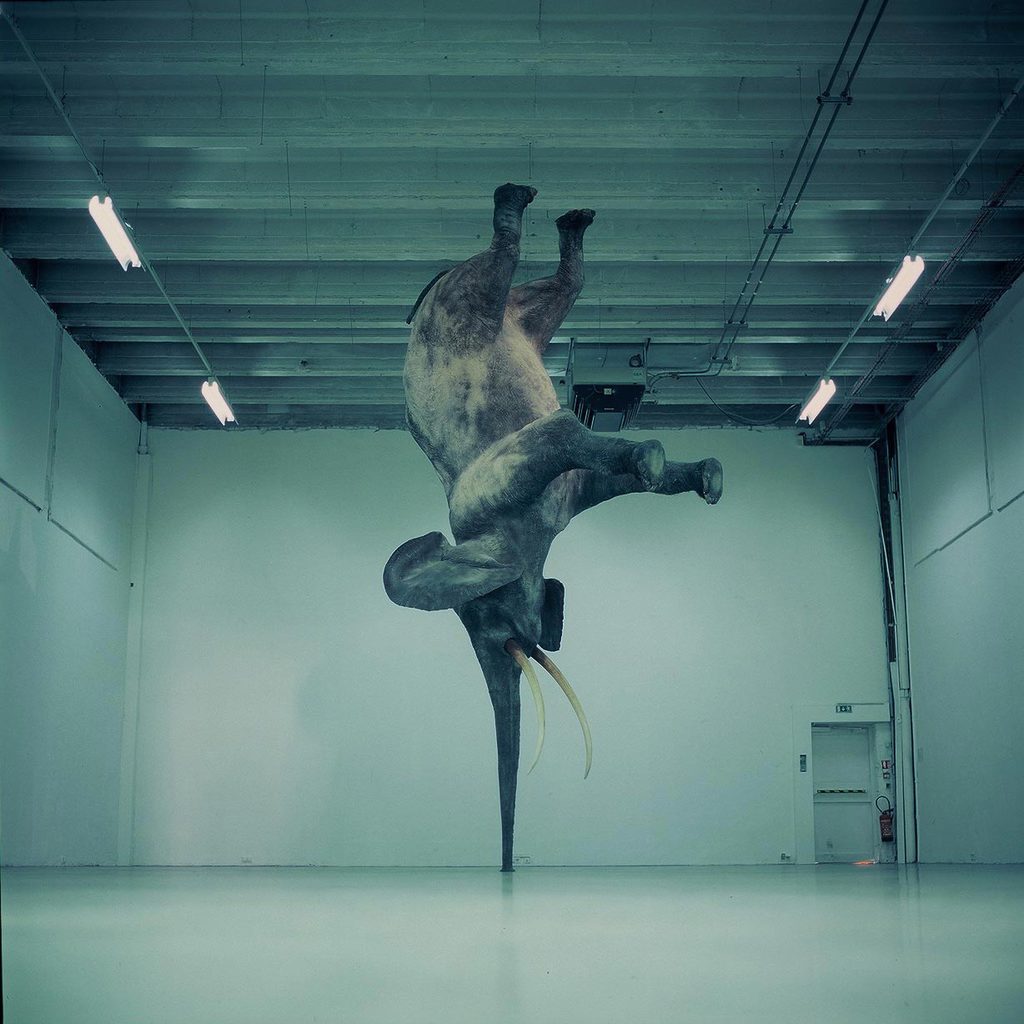 His most famous piece, Wûrsa, presented in Palais de Tokyo in 2008, is his most well-known sculpture and it sums up the aim of his work; the elephant in the room (Nasutanamus) is the relationship between action and inaction, with the latter being a characteristic of this era. The space changes shape and transforms into a kind of “gravitational dysfunction”, blurring all four dimensions. According to the Theory of Relativity, the fourth dimension exists in R4, or the four-dimensional spacetime. Thus, the elephant is not just a work of art; it is also an information tool which modifies our perception for the actual space.

The human “faceless” figure is an important element in Firman’s work. His figures are struck in precarious poses or support unwieldy constructions atop their shoulders. He said that “When I make art, I use models who can embody my vision. I ask them to stay still until they get exhausted to the point that their body begins to break. That’s when I have the ideal form, which is my sculpture.” 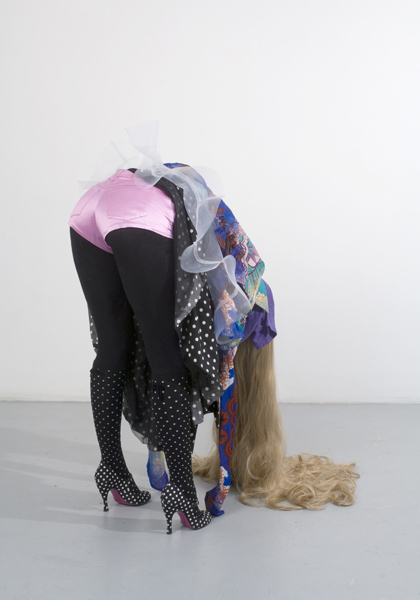 And through the man, here comes the garment. And through the garment, it’s fashion. Although Firman has collaborated with famous fashion houses, e.g his work Bunny for the 2009 Louis Vuitton window display, he rather mocks the industry; his human sculptures seem trapped in the garments. Most of them are a reference to the 1990 young dress code or the modern uniforms, which are considered realistic. However, they are shown in such a way, they seem surreal.