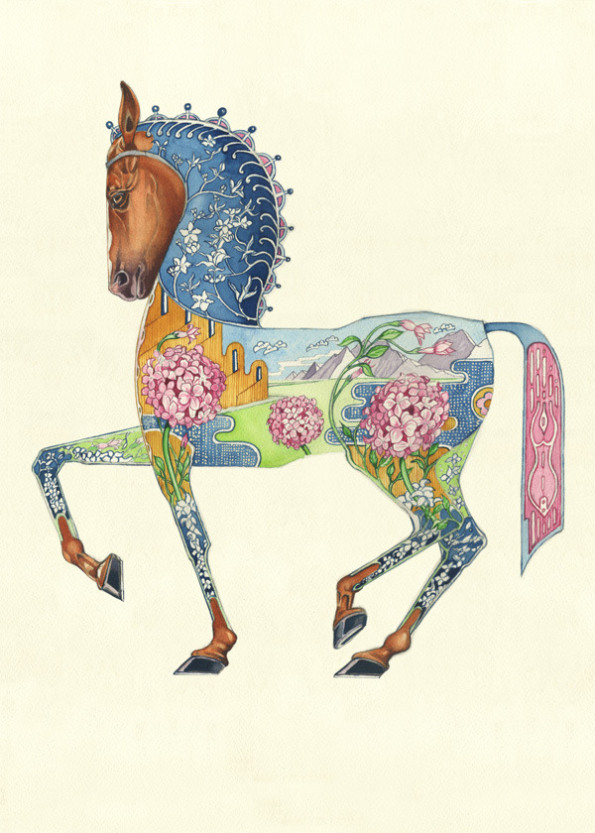 Daniel Mackie is a London based illustrator. He studied art at Kent Institute of Art and Design and since 2005 he is working professionally. He started working on Photoshop at around that period and he continued till 2010. That year he decided to abandon the digital process because he felt that his creativity had a limit and he couldn’t express himself as he wanted. So he turned to watercolors and pencils, a move that proved to be wise because his work became recognizable. One of the projects that we have the chance to see below has to do with animals. He painted the interior of the animal designs with psychedelic prints of their natural inhabitant and the result is wonderful! 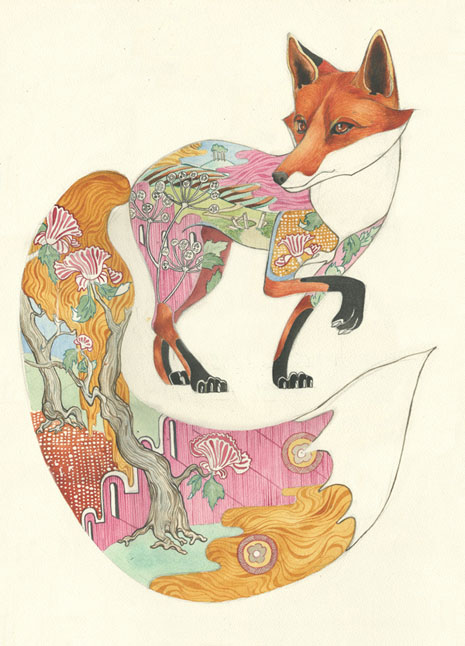 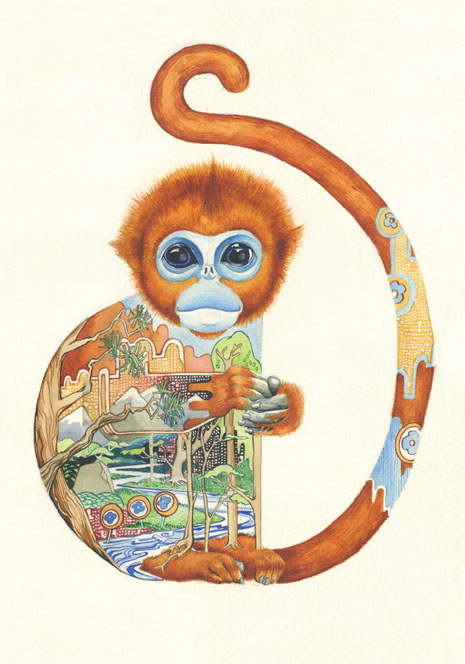 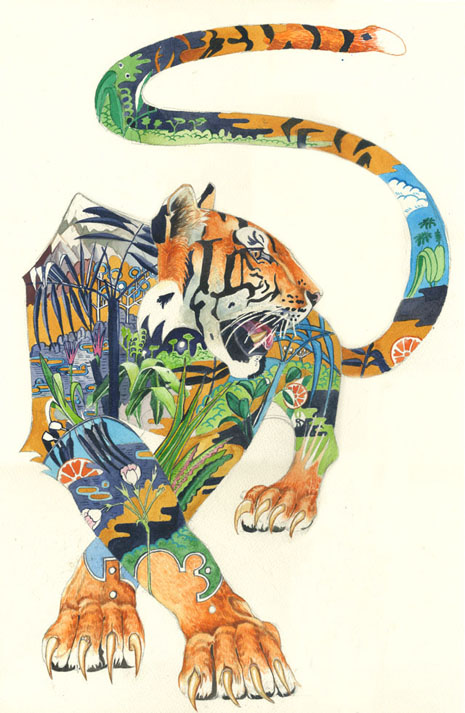