Internetopia is how British designer Benjamin Redford has named his world. But its not entirely his own, since it belongs to 220 more people, too. How did this occur? Thanks to the internet, answering simultaneously to the origin of its name.

In December 2013, 220 people asked via Kickstarter, what they would like to appear in this drawing experiment. The set up was realised based on a 45-degree 3d-cube grid. Each cube cost 1$ and all of the 3012 cubes were quickly over. Each Buyer could buy as many as he wanted.

Afterwards, Redford designed each order by pencil in custom paper and the first stage was over, when he drew them on 150gr. trace paper with ink o.o1 drawing pens. Finally, the trace paper designs were scanned and the final 2X1,5m. drawing was completed.

For the time being, 300 signed and numbered A1 poster copies are for sale, each one valued for 50$. 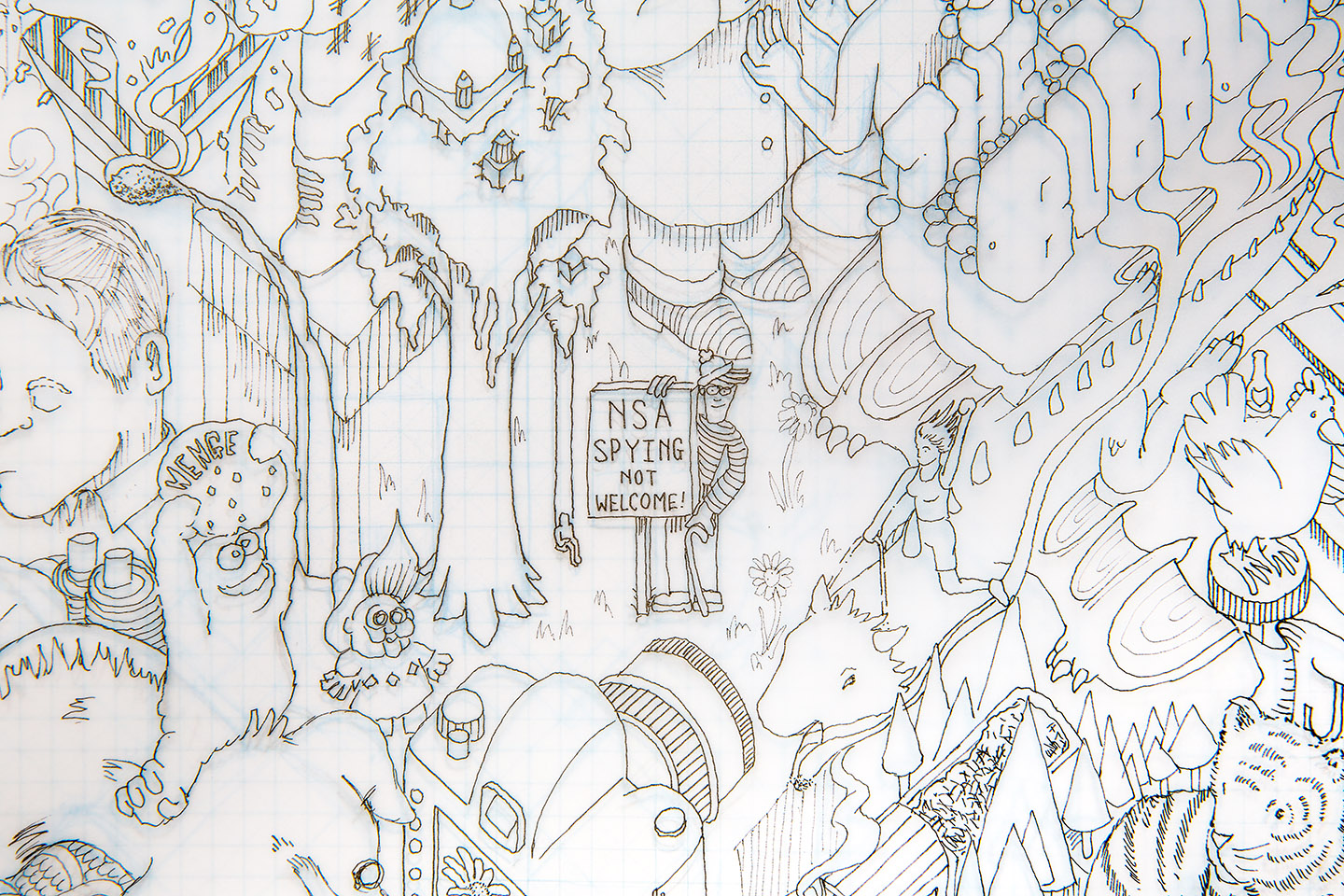 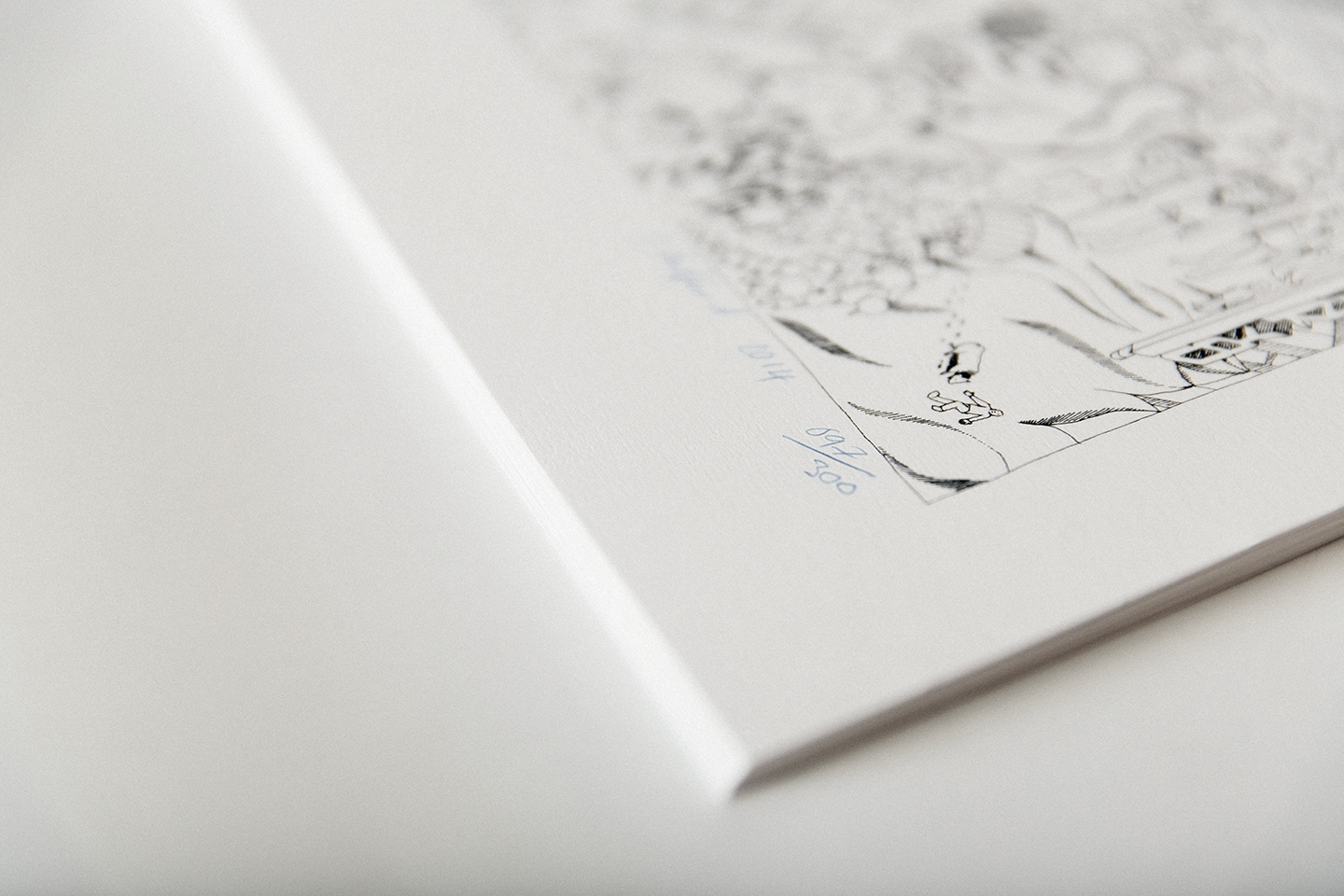