Andonis Foniadakis – The Power Of Dance 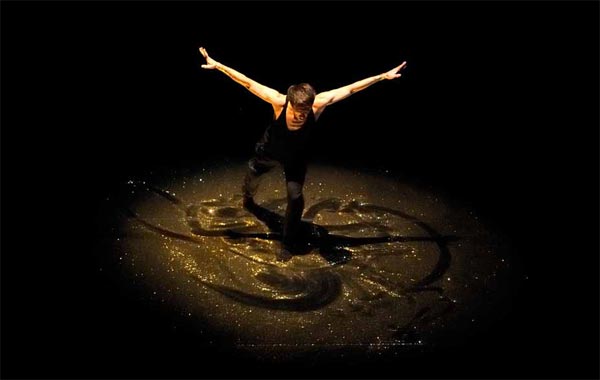 Antonis Foniadakis’ silences are as strong as his choreographies. We thought that his words could be as equally
impressive as his body’s ejections during his last show at the Michael Cacoyiannis Foundation. It is you who decide.

What made you get involved with dancing?
I think it was pure instinct. As a child, I always used to dance as far as I remember. There was this need to move to the sounds with my eyes closed and disappear in a fantasy world where the only thing that mattered was the energy
throughout my movements. I never really thought of becoming a dancer, I just followed my dream and the pleasure it gives me. The way I see professional dance today is of course another matter but my dream is still alive and always
challenging.

How easy is it to be a choreographer in Greece?
Is there anything easy in Greece? Ignorance, lack of culture, lack of money, non-existent planning for dance performances, lack of rehearsal spaces but most of all a corrupt state and political culture are the obstacles for a
choreographer in Greece today. On the other hand and while there are inspired creators, art cannot lose its mobility. However without financial support a vision cannot be realised. One has to move fast, stay well informed and be willing to ask questions for his progress as a choreographer. This is a universal issue for every creative practitioner.

What follows your solo ‘All things are quite silent’ for Cacogiannis Foundation ?
I keep my schedule as a freelance choreographer with new creations in dance groups in the Netherlands, Brazil and Switzerland, while preparing something new for my team APOTOSOMA, based in Lyon France.

What gives you the strength to proceed to the next job ?
The curiosity to discover a new way to communicate my concerns and dreams with the public. Also my impatience to get to know young and inspired people committed to work together on a new venture.

What makes you happy ?
Being able to recall forgotten sensations.

Where do you plan to travel next ?
Sao Paulo.