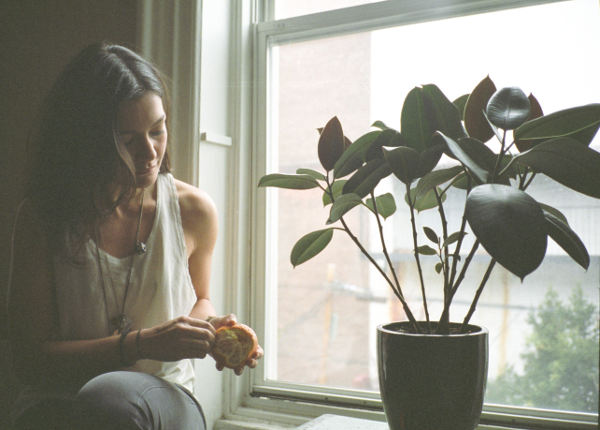 Shortly after the end of her solo show in Palais de Tokyo, Paris-based young Greek artist Iris Touliatou talks to OZON. While transforming her academic background, Iris moved from social and political science to Athens School of Fine Arts and from there to the École des Beaux-Arts. It was in New York where OZON traced the internationally renown artist and spoke to her on modernism myths and the propagandas these stir.

-Your background is intriguingly made out of different academic fields. Do you see your education being influential in regards to the way you depict things and your choice of subjects?

I grew up in Greece during the 80s in an emotionally charged family environment full of fragile technocracy so my work, I would say, is more of an amalgamation between scientific knowledge, popular culture, bit of magic, a lot of faith and too much tragedy. As anarchic such a background might sound, the associations created in my work are anything but arbitrary. On the contrary, they are the result of consistent and lengthy research and a methodology which inevitably becomes integral part to my work.

-You have exhibited in Greece, Denmark, France. How do these locations influence your work, taking into account the fact that you deal with visual presentation of social structures inextricably linked to their locations? Does that differ depending on the country?

My goal is to produce forms and create relationships that relate to fundamental human senses and emotions, generate mental associations and create knowledge, regardless of where or when they are being shown; geography and time are indifferent.
On October 3rd was the final day of your first solo show in Palais de Tokyo. What’s your link to the French capital?
I live and work in Paris for the last six years. Palais de Tokyo has supported my work in various ways: first with the residency after my graduation from the École des Beaux-Arts and now with September’s solo.

-On your show Apollo Goes On Holiday, we witness a world war, the architectural boom following that during 60s Greece, its transformation to tourist attraction and cinema set as well as today’s decline. What is the meaning of XENIA hotels in your work?

Architecture, studying human’s relation to the built environment and its position in regards to social ideals, dream and reality, has always been an integral part of what I do. The XENIA hotels are considered the most important post-war production of public buildings in a modernised and westernised Greece, having managed to become successful symbols of a modern Greek aesthetic particularly at a time of high ambition. This was captured in 60s popular native cinema which prophetically used such buildings as backdrop to plenty of dancing and singing scenes.
What are your imminent plans? Any shows or collaborations?
Working on my next solo opening in March in DUVE Gallery Berlin. Right now, I’m in New York looking, amongst others, for a New York Times Magazine issue published on 29th of June 1930. On page 77 there is an article commenting on Frank Lloyd Wright’s proposal for a glass tower in Βowery, a project which was to remain on paper. It’s been said that Sergei Εisenstein cut that image of the model and glue it on his notebook right next to his notes for the Glass House script, a film that was also never made. At the same time I participate in Politics of Art in EMST Athens and the Mountain/Hope at the Kunsthalle Athena.

-What is an artist’s greatest ambition – goal?

Realising ones own reality.

-In the past you have been asked on the influence to your work by your Greek origin. My question is on how your work abroad influences the way you view the place you are coming from?

All healthy relationships are tested, reassessed and redefined.