We met Sonke, an Athens based street artist, on Wednesday at his first solo exhibition called ‘Poor Lovers’ in Hoxton, Athens. Sonke told us a few stuff about how he started drawing on the streets, his artworks, the exhibition and more.. 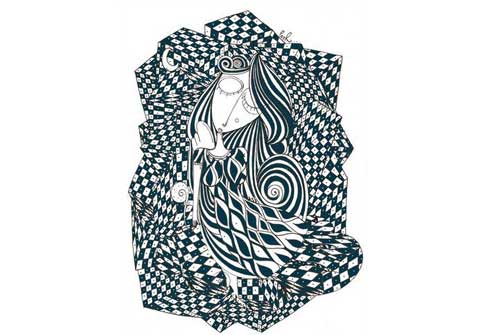 -When did you start drawing on the streets?

I first started in 1995 while studying in school, later on about 1998 I started drawing outside my neighbourhood mostly on the railway and in avenues around Marousi, Athens

-What is the idea behind your characters on the streets?

There is not a particular idea behind it, it is impulsive..I go out and I simply draw ..mostly sad women maybe because I’m kind of sad myself.

– Living in Athens has influenced your work? What are your inspirations?

Of course I am influenced by Athens, the cityscape and the people of Athens. That’s the reason for having sadness behind my works..maybe most of the people here are sad ( beneath their smiley faces on Saturday nights..)

-How do you feel for street art in Athens generally? Do you see any progress? Is there someone you like the most?

Yes I see progress and more people getting involved and that’s very beautiful. It’s not someone in particular that I like, I like all the drawings on the streets because I see people’s intention to react, make the city prettier or even destroy it in a way, I like both. But in general I feel that street art is losing its initial aim..being very trendy in a way like rap music in Greece, just like any other kind of art that gets in the selling process. 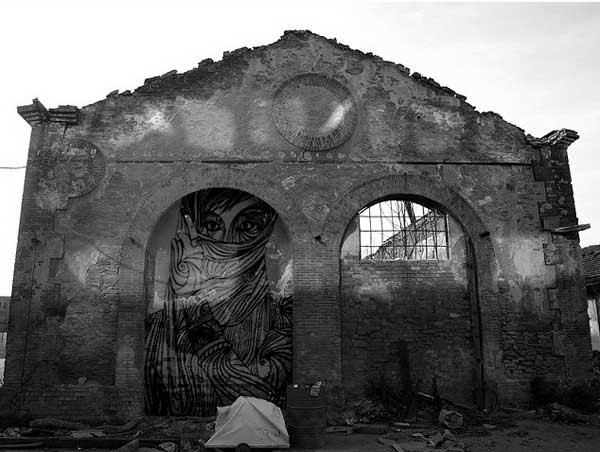 -‘Poor Lovers’ is your first solo exhibition.Tell us a bit more about it..How did you decide to ‘leave’ the streets
and exhibit your work in a gallery?

I didn’t think about it a lot, I mostly took it as another chance to draw. A year ago I was drawing outside Hoxton now I got my chance to do that inside.

-What exactly does ‘Poor Lovers’ include?

Drawings with spray, markers and acrylic on materials that I found on the streets.

-Apart from street art, are you involved in something different or any other kind of art?

I teach cartoon design and animation, I’m also involved with photography and music.

-Are you planning any new project?

For now I’m designing tattoos, I never plan any projects

– What you do is dangerous in a way, have you ever been caught?

Yes I have! I went to jail 2 days for graffiti..this is where I learned how to tattoo (he laughts)

– As for the internet, many people are uploading pictures of your work online at blogs, facebook etc. Do you like this? Has it helped you in a way or you think that it doesn’t really matter?

I think it matters a lot. And of course it is helpful for me, it helps me wanting to continue drawing..I like when I see my work online.

-Thank you very much! 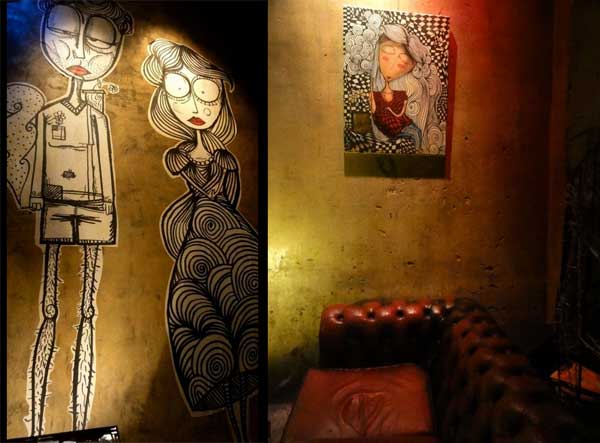 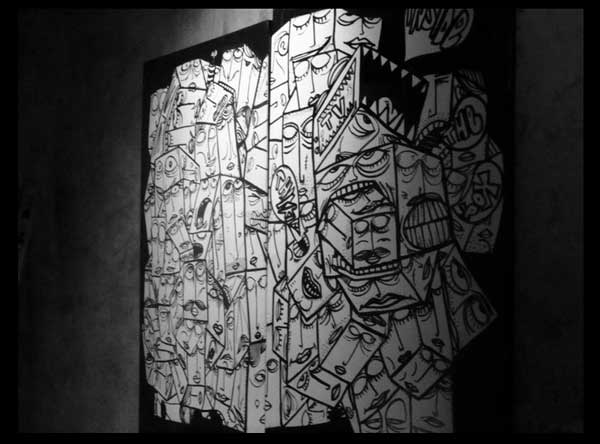