London From the Above 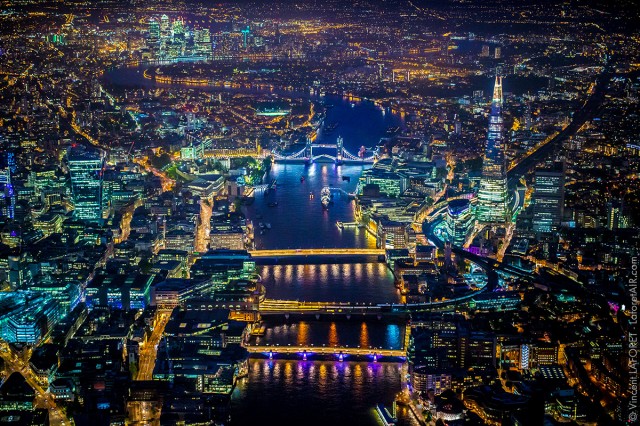 Photographer Vincent Laforet in order to complete his new project titled as ‘Air’ has traveled in New York and Las Vegas, went across the Atlantic Ocean to end up in the rainy London.

He spent two hours in a helicopter, at 6000 feet high to capture London, at night. The lights combined with the architecture buildings captured by the lens of Vincent Laforet create a magical atmosphere which would be viewed by everyone.