The Hermès scarf has a reputation for being an iconic piece in fashion, Japanese designer Tokujin Yishioka has created an installation in Tokyo to portray this exact impression in the Hermès shop window. The Maison Hermès Window Display, is a movie of a woman appearing to blow onto a hanging scarf that softly sways in response. The window display is a reinterpretation of a previous installation for Hermès in 2004 by Yoshioka. A charming exhibition into a world of Hermès scarves fantasy that will remain in place till the 19th of January 2010. 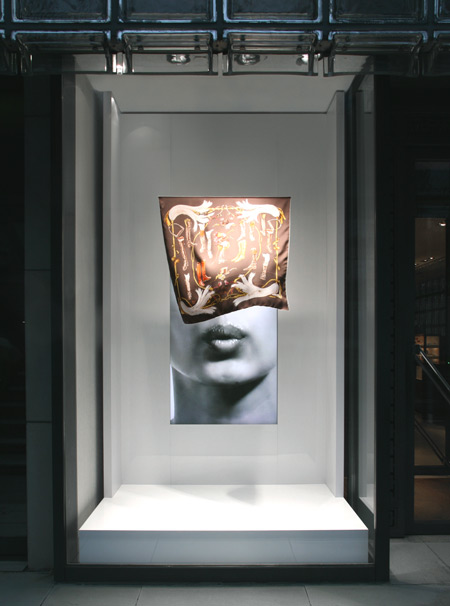