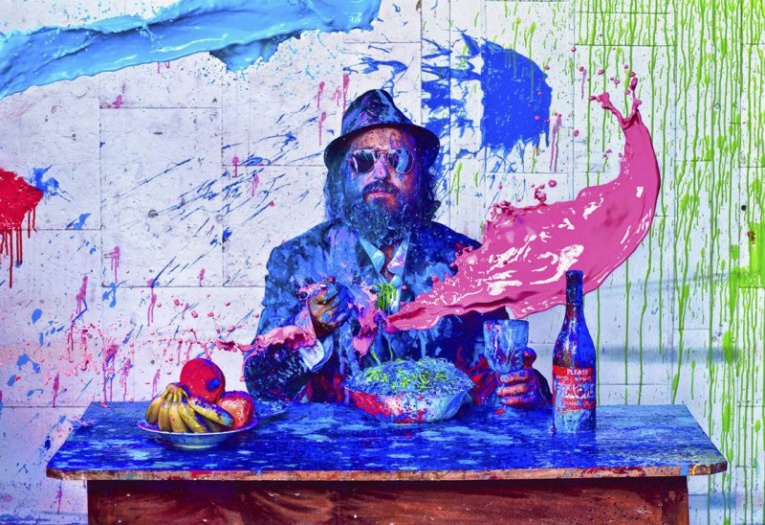 Mr.Brainwash orelse Thierry Guetta was considered an elaborate prank of Banksy for a long time, bearing in mind the resemblence of their artwork. All this lasted until 2010, when the latter talked of Guetta during Exit Through a Gift Shop, a documentary the British artist directed.  The L.A. based, French artist is known for not getting physically involved with his works, but lets his team -mostly graphists- bring his ideas to life.

For his shooting byGavin Bond, he decided to throw himself a lot of paint. The British photographer, whose work has been published by The Rolling Stone, Esquire and GQ among others, photographs Mr.Brainwash either while the paint is thrown towards him or after it. The images are really vivid and strong. And colorful, of course! 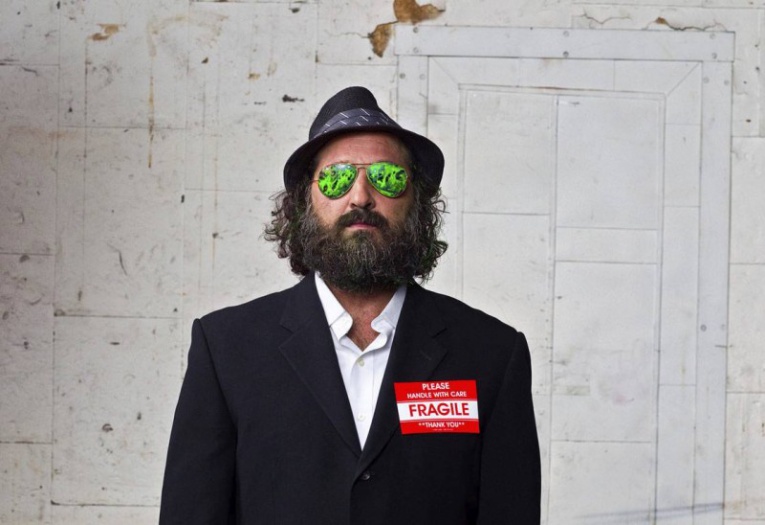 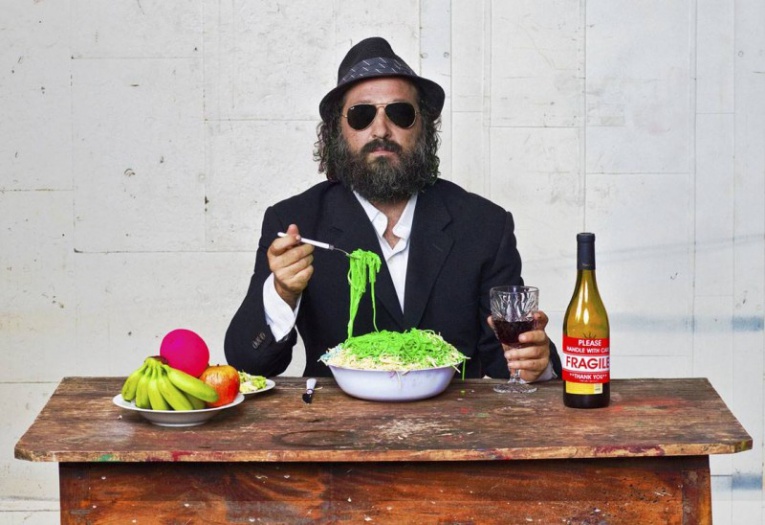 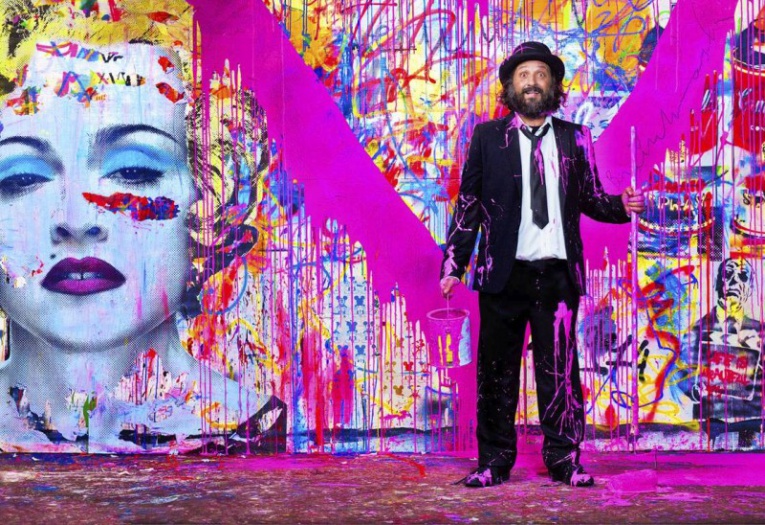 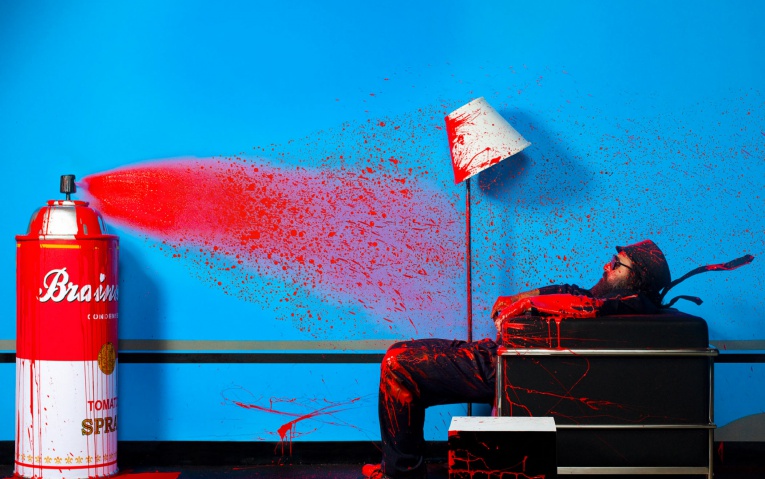 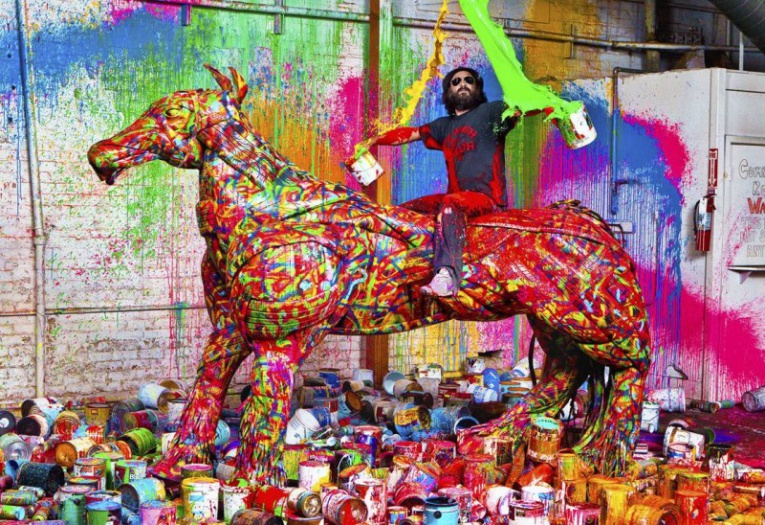 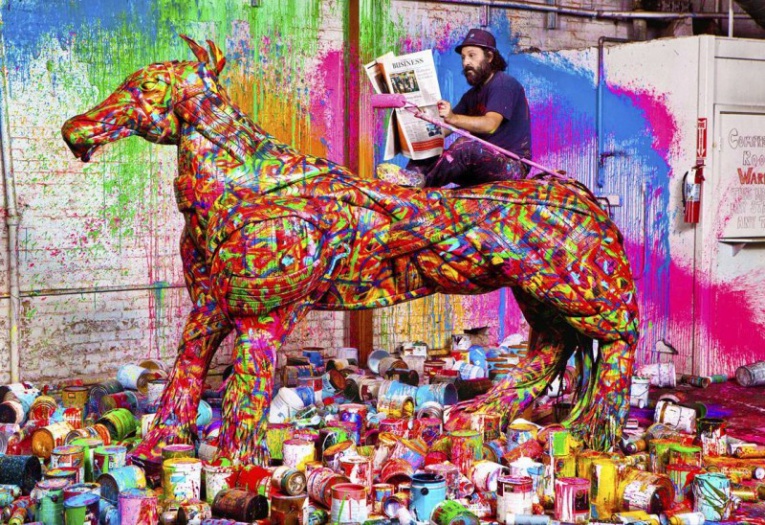 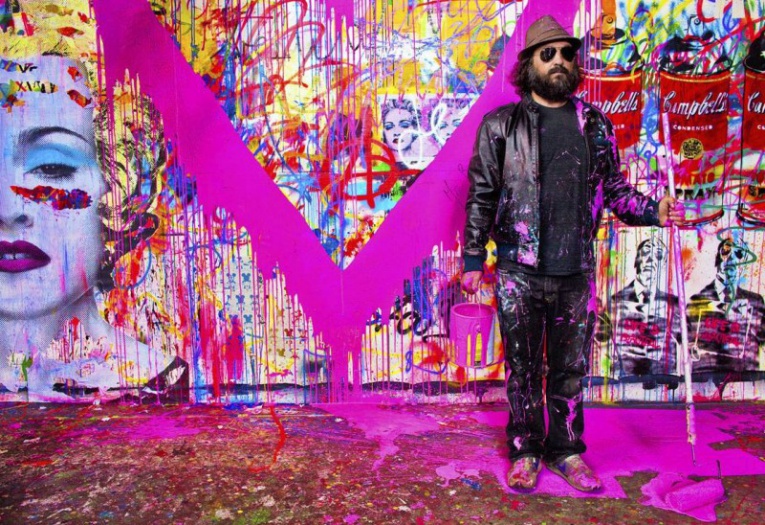