Klarenbeek collaborated with the University of Aachen in order to find a way to 3D-print living material. 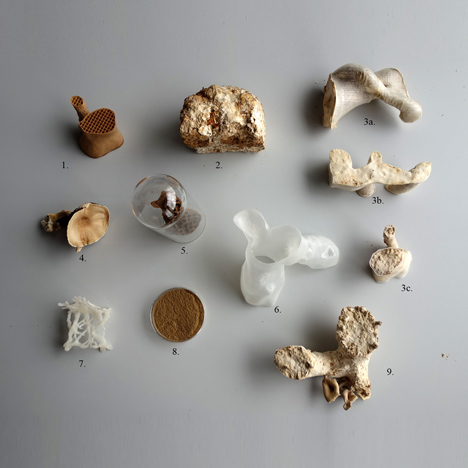 Mycelium is the thread-like network found in fungus, which was mixed with straw and water and put inside the printer. When printed, the living fungi continued to grow, replacing the water, to create a solid material. According to Klarenbeek the chair represents a concept rather than a functional piece, promoting the 3D printing technique potential.

He is planning to take this project further, creating more furniture or a whole interior of a house. He claims scientists could create buildings out of it.

Klarenbeek dried out the chair and covered it with a thin layer of bioplastic allowing mushrooms to grow out of the chair, as a design element. 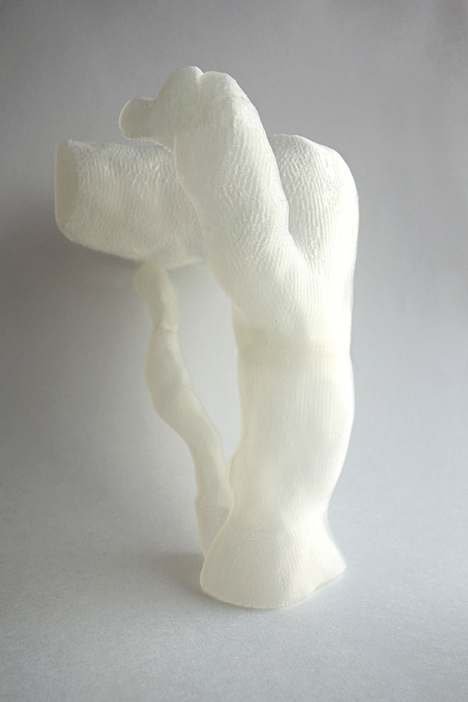