Searching for a Needle in the Haystack Performance artist Sven Sachsalber searched for a needle in the haystack and he found it, indeed. He brought to reality the expression at Palais de Tokyo of Paris, during 13th and 14th November. The Italian New York-based artist, had been searching for two consecutive days for a needle in the pile of haystack, a French farmer granted to the gallery, as an allegory of the inner search of each one in the maze of his own world. And he finally found it, in the middle of the second day. 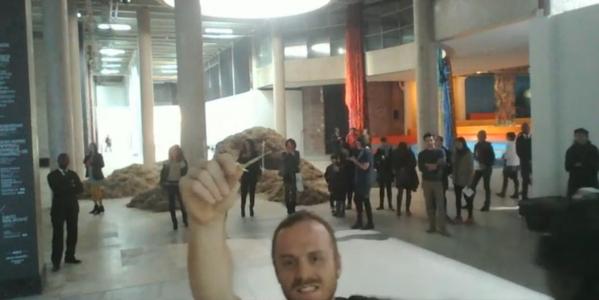 Known for his humorous performances and for his tongue-in-cheek use of metaphorical expressions, the artist has stayed in a room with a cow, while he has tasted (as we assume) poisonous mushrooms. He is always the subejct of the poetical world, that he stages every time.

A video of his performance in the art gallery follows: