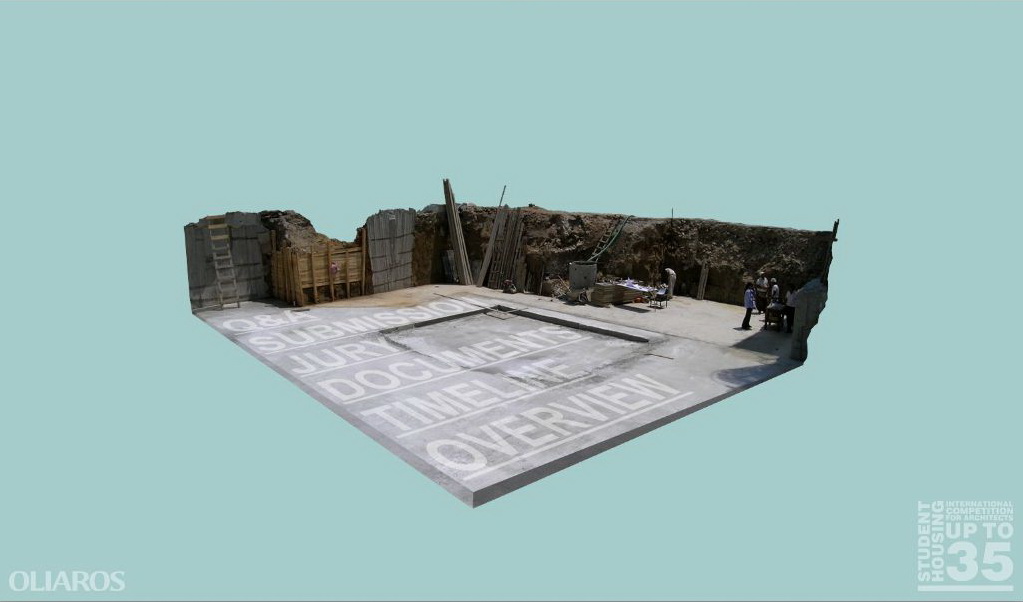 OLIAROS, a young property development company, is calling architects up to 35 years old to submit proposals for the construction of a student housing unit in Kerameikos and Metaxourgeio (KM), an area in the historic centre of Athens, Greece. The aim of the competition is to encourage creativity among the next generation of designers while supporting architectural research and the implementation of contemporary architecture projects in Greece. The competition seeks to elicit designs which explore new ideas on urbanism and rethink existing housing models for communities.

Special emphasis is placed on exploring structures that consist of separate student housing units with the capacity to acquire a viral character within the urban tissue and sprawl into nearby empty lots. The competition challenges participants to rethink two traditional key studies for separate housing units: i) the domus commune, a structure consisting of smaller units with shared facilities and ii) the shelter, which elaborates on the idea of a structure as an amalgamation of self-sufficient units. The historical Kerameikos and Metaxourgeio district (KM) is shelter, which elaborates on the idea of a structure as an amalgamation of self-sufficient units. The historical Kerameikos and Metaxourgeio district (KM) is probably the least populated part of downtown Athens and one of the most diverse in terms of population and land use. KM being part of the “Athens historical triangle” is found to the northwestern side of the Acropolis and is well-positioned for the subway, the national rail network, national highways and the city’s main thoroughfares. KM offers a grid of pedestrian streets and a mélange of architectural styles ranging from neoclassical detached and semi-detached houses to multi-storey apartment buildings constructed in the 1960s and the 1970s. However, some 30% of the properties are either vacant or seriously dilapidated, allowing for creative architectural interventions which, in the light of the new building code that demands increased green coverage and lower buildings, have the potential to set higher standards of urban living. The present population density of KM is less than half the average density of Athens and the number of local residents continues to fall. Parts of KM are now home to legal and illegal immigrants, Chinese wholesalers and street or brothel sex workers, while drug addicts and the homeless find shelter in potentially dangerous vacant buildings. Other parts of KM are inhabited by a diverse mix of ethnic communities. Diverse land use is key to the area, while a series of works in-progress including the Greek Film Archive Foundation, the Municipal Gallery, a new public kindergarten, a new archaeological park, and projects such as www.remapkm.org, serve to underscore its changing character and promise for the future. OLIAROS sees the radiant complexity of the area as having the potential to inspire a creative younger generation of residents and architects to turn KM into a contemporary city center neighborhood which enhances the quality of its residents’ life, encourages social interaction and bolsters its residential character.