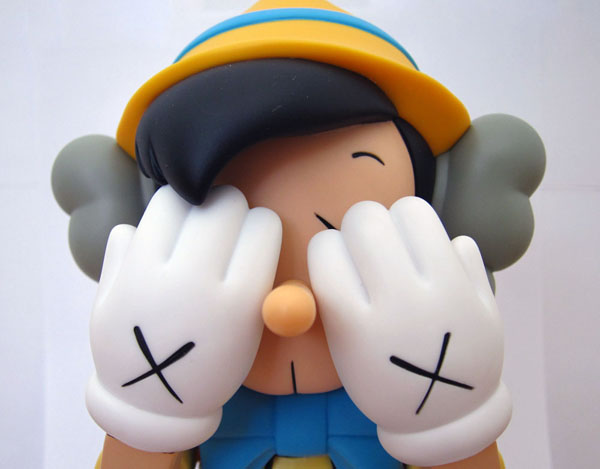 Since it’s first appearance as a prototype in KAWS‘ first solo exhibition at the Aldrich Contemporary Museum, the Pinocchio and Jiminy Cricket figures have grabbed the attention of collectors. Made by Japanese Medicom Toy and released under KAWS’ signature brand OriginalFake in collaboration with Disney; the vinyl figure set has been slowly making its way in Europe after its official release in Japan on August 28th.

OZON received the set yesterday afternoon, here are some hands on images 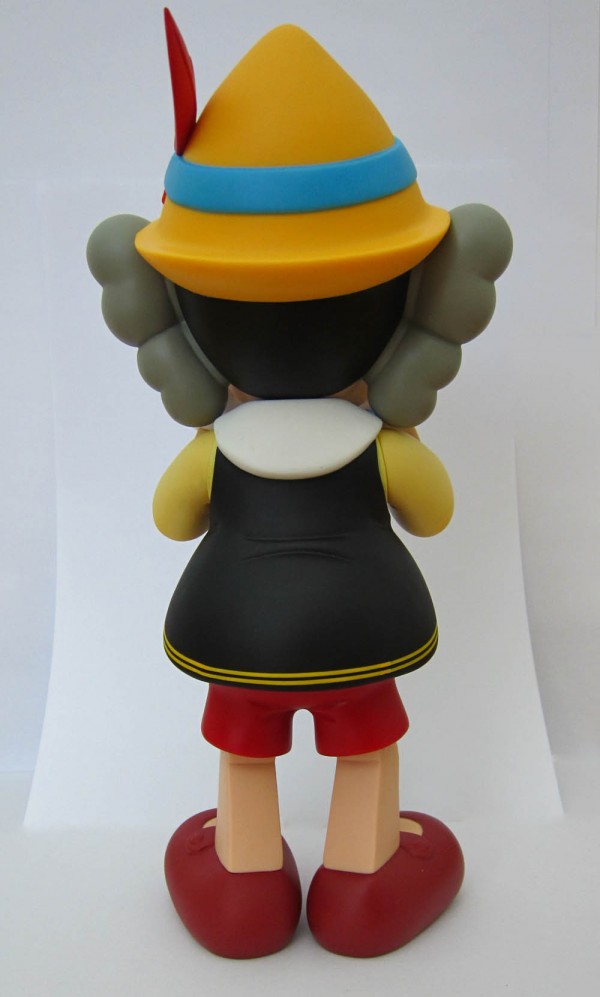 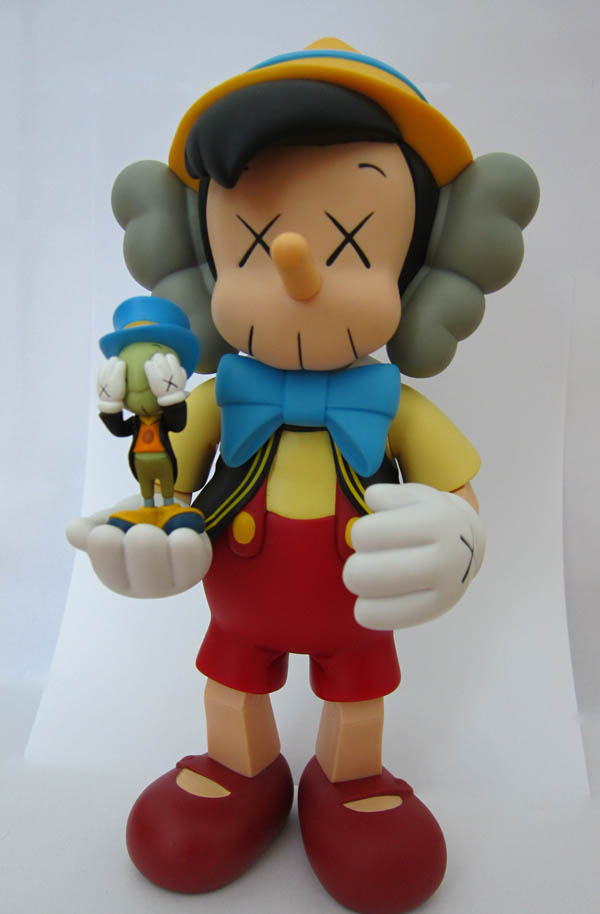 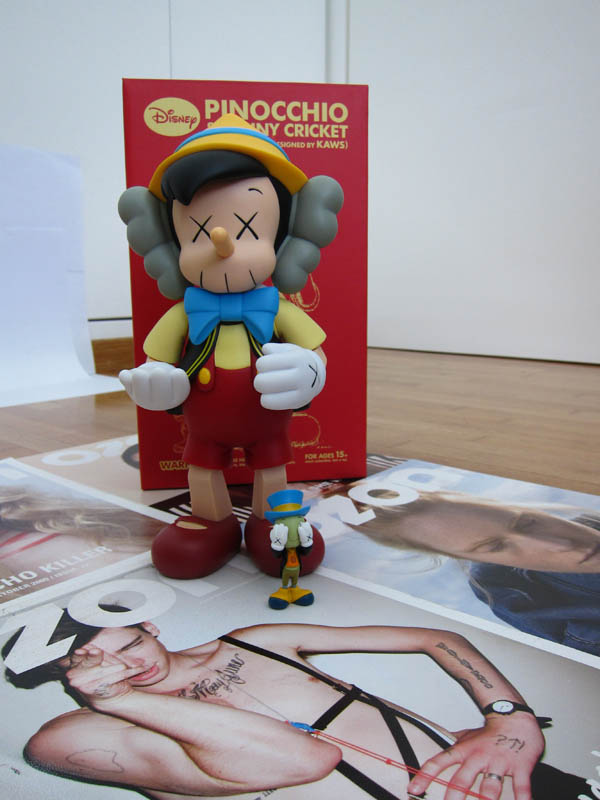 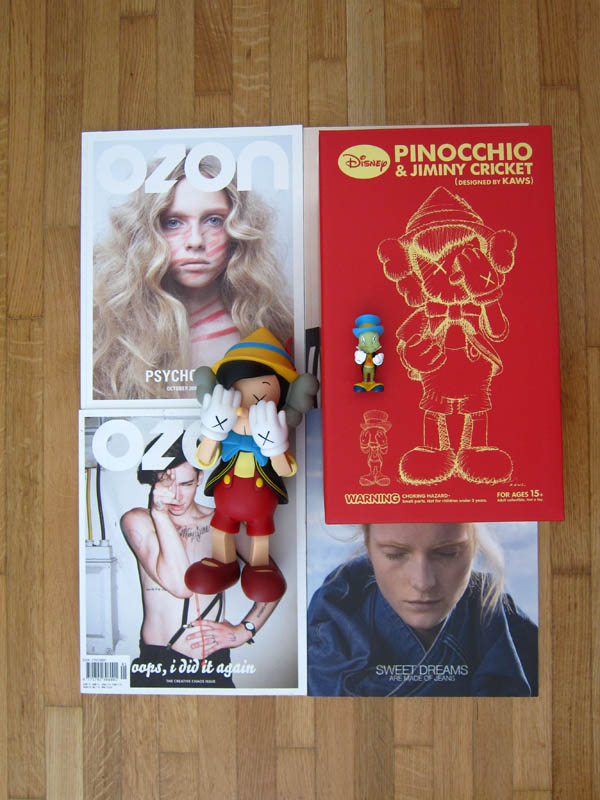