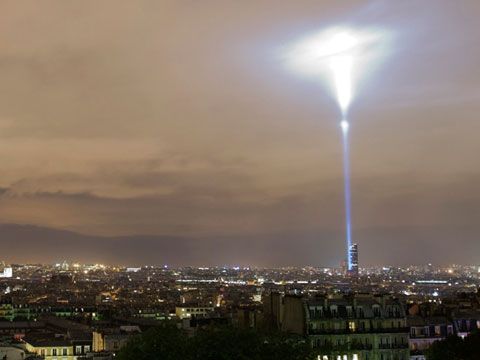 During the night of Thursday 17th of June an immense white light will cover the sky of Barcelona thanks to Ryoji Ikeda, the maestro of contemporary audiovisual minimalism. For its opening night, Sonar 2010, in a joint production with the Grec Festival, Barcelona’s main annual date with theatre, dance, music and circus will bring the Japanese composer and visual artist, Ryoji Ikeda  in the  Teatre Grec, where he will present two of his works: “spectra[barcelona]” (a huge lighting instalation that could be seen from all over the city) and “test pattern [live set]” (an astounding audiovisual show that syncronises images with sound).