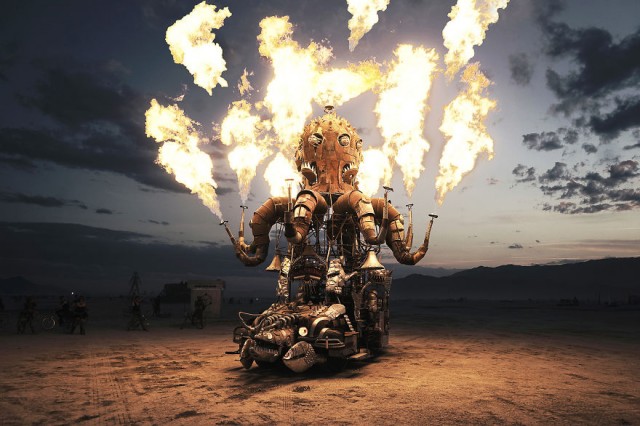 Burning Man is a week-long annual event that began in San Francisco’s Baker Beach in 1986 and migrated in northern Nevada, in the United States.

It takes its name from the ritual burning of a large wooden effigy, which is set alight as a sample of  mystic ceremony. The Burning Man Festival is organized by Black Rock City and the attendance rose to 65,922 thousand of people who tοοκ part in the festival.

French photographer Victor Habchy went to the Burning Man festival and he came back with a full photographs copy which makes you believe that you were a part of this crazy festival.