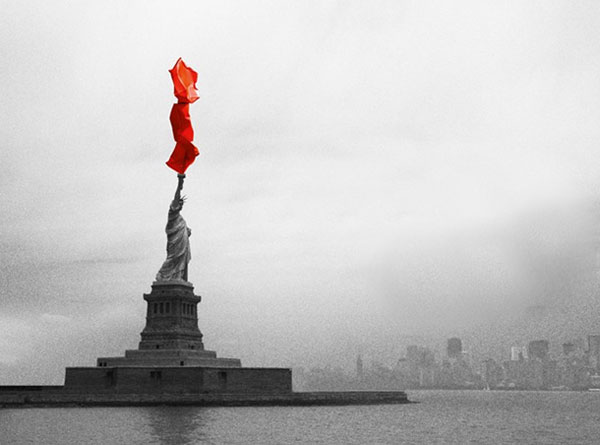 The Green Box Project is an exciting worldwide experiment that combines art with augmented reality technology. Viewers are able to use their smartphones, Ipads and android devices -using the green box application- and see digital artworks by various artists. This revolutionary project was initially launched in New York city and the green boxes will be placed in London, LA, Miami, Rome and Milan.

The boxes will showcase Bompas & Parr, Kate MccGwire, UVA and Petra Storrs. Nick Knight and Sam Speigel plan to create 1000 more boxes over the next 12 months. The idea of the project was generated by Beck who want to creatives around the world to join the project.

As for Europe, the artists who have already participated in Milan were Sage Vaughn and Reed + Rader who came up with a video game collage.‘This feels like a new art form; the juxtaposition between the world we see and the world we’re going to be allowed to see through the technology,’ said fashion photographer Nick Knight. ‘To me, art is the people’s voice, it’s about people expressing themselves and their position in the world and with this project everybody’s voices can be heard.’ Watch Nick Knight duscussing about the project on the video below: