The Lynchian Ice Bucket Challenge for ALS of David Lynch: Who is his nominee? 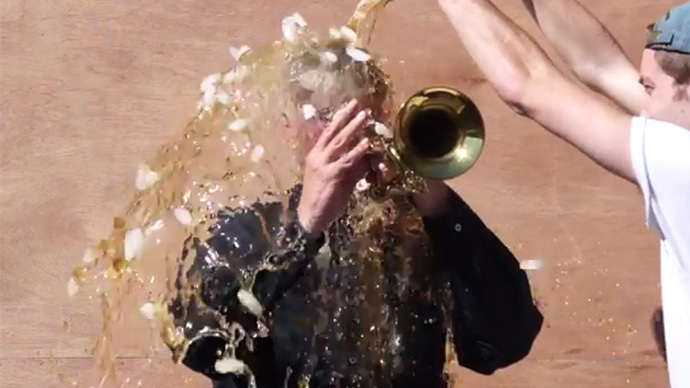 It’s David Lynch’s turn to take part at the Ice Bucket Challenge for ALS. The American director, who was nominated by Laura Dern and Justin Theroux, did it in his own personal Lynchian -we could say- way. At first, he pourred an espresso sho into a metallic bucket. Then he performed Over The Rainbow with hits trumpet, clearly not in the best possible way. And after that, someone off stage threw at him the coffee bucket at first and they completed their work by throwing the ice bucket to Lynch. And as usual, Lynch announced his own nominee, whose name we won’t reveal. All we can say is that he has already been nominated by Seth Meyers and Vin Diesel.

Watch the video and find out the surprise nominee!

Don’t miss Homer Simpson and Kermit the Frog taking the challenge, as well.