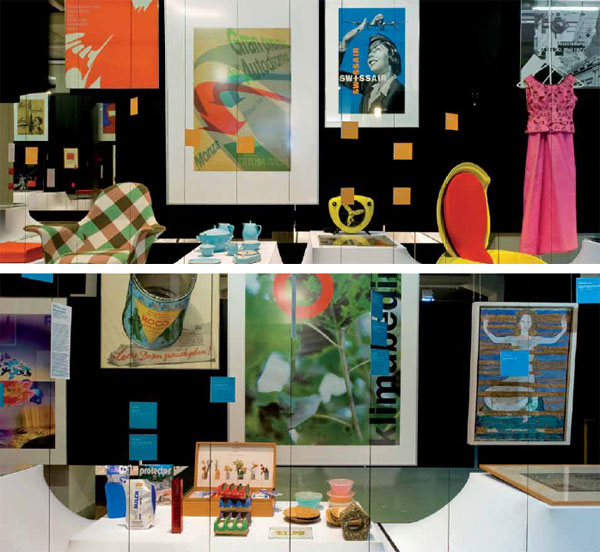 Verena Formanek, born in Austria, is a designer and curator of exhibitions and collections. She thinks art is a life statement. She established the V&V gallery, she worked for the Mak Museum in Vienna, for the Beyeler Foundation in Basel, for MOMA in New York and the Museum Für Gestaltung in Zurich. She has also been working with the designer Helmut Lang for more than 20 years.

How did you decide to get involved with art?

I think this just happens. You cannot control it.

Since last year you were working at the Museum Für Gestaltung in Zurich. We would like to know what is this that you miss the most when you are not there.

Zurich is a city that I love, mostly because of the quality of life. The afternoon you go for a quick plunge in the lake and in the evening you can enjoy a drink there. People are always friendly and open. I will miss living there, the mountain of Zürichberg, the sound of the Liebfrauenkirche church’s bell, which every night looks like a tower of Toscane and the view of the lake where tram’s line 4 terminates.

You will work now as the head project manager in Abu Dhabi, In United Arabic Emirates in order to help with the creation of the new Guggenheim Museum there. How do you feel that you will take part in a project with so many requirements?

Art has partially moved from Europe and has an important role in India, China and UAE. I was impressed by the creation of a ‘cultural island’, like the Saadiyat Island, as well as the project itself which is very innovative. The idea of a foreign country makes me very excited.

How did you happen to collaborate with the cultural organization ATOPOS that is based in Athens?

Helmut Lang introduced me to Vassilis Zidianakis of ATOPOS, Cultural Organisation. Later on Vassilis visited Zurich in order to present the project RRRIPP!!! Paper Fashion. I was impressed by his ceaseless creativity and actually since then we are in constant communication. I believe ATOPOS has interesting future and perspectives and several new ideas have been planned.