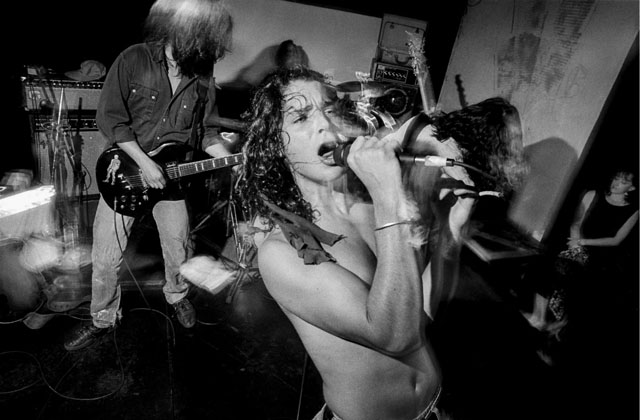 Charles Peterson became known as one of the leading photographers in the forefront of the grunge music scene when it gradually began to evolve from the underground of Seattle during the 80’s and 90’s. Peterson was able to capture images showing the movement and other important moments of bands like Nirvana before their huge commercial success in the music industry.

Then he turned into the unofficial photographer of the record label Sub Pop, which was founded in 1986 and went on to become the first record for bands like Nirvana, Soundgarden and Mudhoney. In an interview, Peterson said: “In the chaos of the live show, I would like to get a sense of grace. I wanted for people to experience what it was like to be there. The sweat, the noise, the pushing of each other”.

Recently, the Californian brand Kr3w has teamed up with Peterson for a new clothing line and it has published a small but fascinating video about the work of the photographer.

Peterson tells us that a retrospective exhibition of his “musical” photos captured with Leica M will be presented in Leica store in Bellevue Mall near Seattle, Washington, on March 12, 6-8pm.