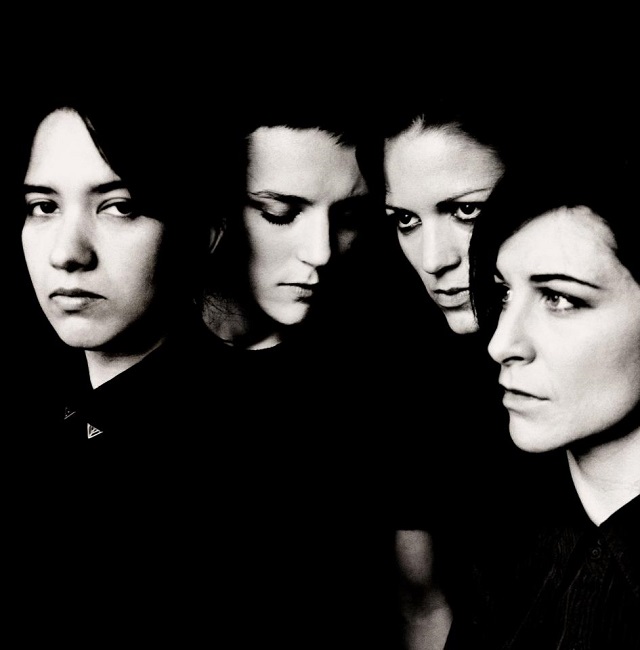 One of the most ferocious debuts in recent years belongs to Savages. London’s all-girl band is here to rock the boat of post-punk revival, with their album “Silence Yourself” receiving international critical acclaim. Their confidence and passion on stage, transform their gigs into a unique experience for their fans, adding the fact that the band ask their audience to silence their phones and make each evening special. Savages prefer to curate their own concerts, always in search of new, intimate ways of performing music. An example is their recent gig in London’s famous dance stage Ministry of Sound -a rather unexpected venue for a rock band to perform- where the crowd was placed all around the musicians  to encourage total immersion and make this experience even more unusual and exciting. A few days after their vey successful gig in the world’s best music festival, Coachella Music Festival, Savages released their first official music video for the single “Shut Up”, a typical sample of their music idiosyncrasy. Offering some nostalgic references (Siouxshee and The Banshes, Joy Division), but always fresh, Savages is a band that was missing from the worldwide rock scene and they are hopefully here to stay.