Madonna Provokes for the Sake of her New Album, Rebel Heart 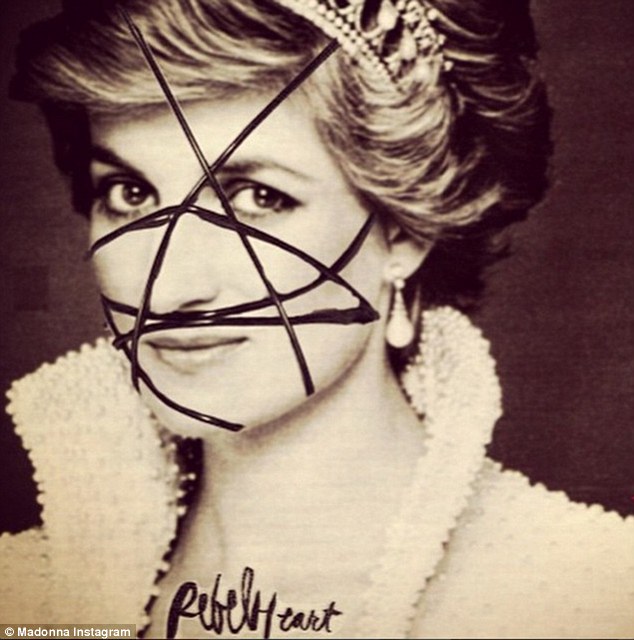 Madonna has set both Twitter and Instagram on fire after sharing pictures of emblematic figures through her accounts. In order to launch her new album, Rebel Heart, the pop-idol is being once again provocative, just like she’s used to, since the launch of her career. And now it seems more important than ever, since some of her new songs leaked before the official presentation of the album.

It’s all about pictures of Nelson Mandela,princess Diana, Bob Marley, Martin Luther King Jr., Jean-Michel Basquiat, Marilyn Monroe and others, in which their faces appear having a bondage- just like the one Madonna herself appears in, in the cover of her album.

After the mean comments that went with these distorted pictures, Madonna said:

“This is neither a crime or an insult or racist! […] Am I saying I am them NO I’m saying they are Rebel Hearts too. And I didn’t do it. My fans did. And I just re posted those photos. My fans aren’t racist either. If they put me in the same category as these other people, Thank you.”

Here come some of those pictures: