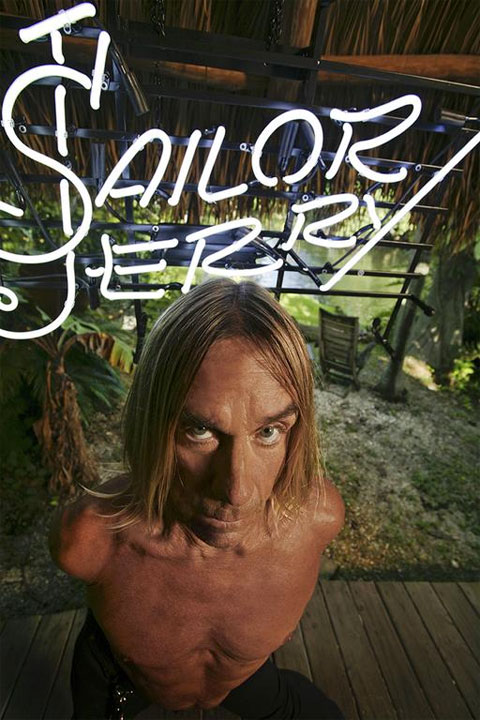 For its second collaboration, rum and clothing brand Sailor Jerry teams up with Iggy Pop for the second part of their Flash Collection. Earlier this year, a video accompanied by The Stooges “TV Eye” was released, as a proem. Every year, the brand works with a like-minded artist to create a collection of pieces, inspired by Norman Collins. Last year it was Paul Simonon of The Clash, who designed for the brand a leather jacket, while Iggy Pop will be designing three pieces. Only one of them is known so far and it will be the iconic denim vest, while more information about the two other pieces will be revealed next month.

“Having Iggy Pop on board for this year’s Flash Collection is a huge deal for us. Iggy is not only a talented musician, but also a respected style icon whose rebellious approach to life is exactly what Sailor Jerry stands for,” says Edna O’Sullivan, global brand director of Sailor Jerry. “Having seen initial designs, we are really excited about Iggy’s vision and can’t wait to unveil the collection in Miami this October”.

Iggy Pop stated: “When I was asked to be involved with the latest Flash Collection, I was intrigued right away. Sailor Jerry’s pin-ups are the best. Bringing his stuff to life for a collection of limited edition clothes was something I totally wanted to be a part of”.

Watch the video below and keep up to date with the “Flash Collection by Iggy Pop” via Facebook.