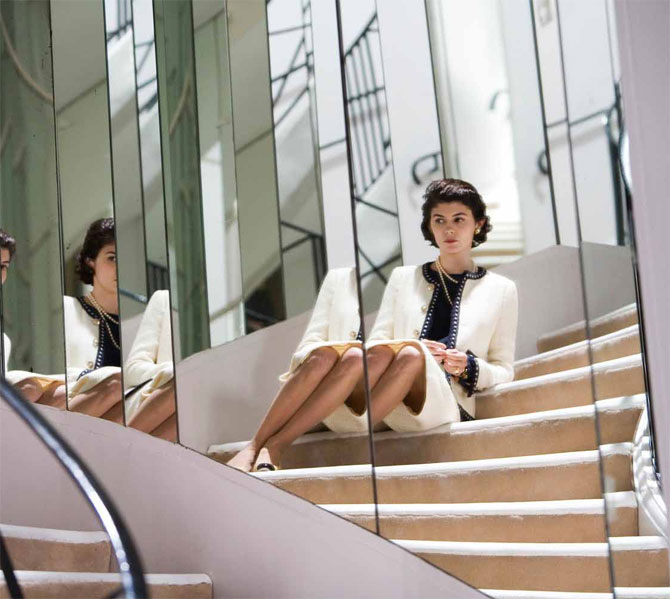 ‘Coco Before Chanel’ by Anne Fontaine is exactly what the title says: the life of Coco Chanel before she conquered the world of fashion and went down in history as the woman who had a decisive influence on the 20th century as we know it.
Based on the same titled and lengthy book written in 1974 by French Vogue editor Edmond Charles-Roux, Fontaine’s film chooses the manner of a conventional biography. It begins with Gabrielle Chanel’s childhood, followed by her ‘escape’ from the monastery she was raised, her name change to ‘Coco’, her relationship with her beloved sister, her move to Paris, the first unsuccessful love affairs and her first contact with the world of fashion.
Unconventional, ingenious, feminist, introvert, talented and revolutionary, Fontaine willfully chooses an entirely contrasting filming philosophy to tell the lonely journey of her heroine. Could it be out of fear? Or maybe awe? Or even due to the realization that some people’s lives are more exciting than ever captured on film?
Inevitably the burden falls on Audrey Tautou, who -finally- liberated from her ‘Amelie’ persona, manages to carry a lot more of the personality of a woman who fought to preserve diversity; a woman who worked hard to impose her style in a world and at a time when it was to difficult to accept a female dressed in a man’s way.
Tautou’s intense, melancholic but sharp gaze shifts the viewer into suspecting that behind the image of an insignificant girl – who had to fight for living life her way- one of the biggest myths of the 20th century was hiding.