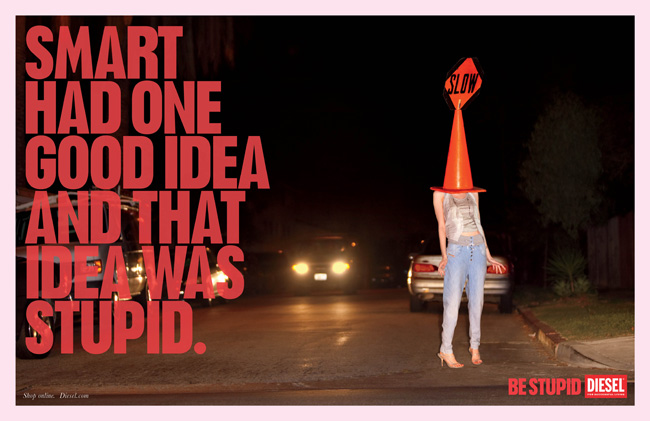 Diesel SS’10 campaign is a shorthand for bravery, spontaneity and saying “yes”

Diesel has got news for you: there’s nothing dumb about stupid. After all, Diesel was stupid enough to start selling new jeans that looked old – and look where that got them!

The classic red Diesel logo makes its signature return to endorse and celebrate “Be Stupid” as the way to Successful Living.

Photographers Kristin Vicari, Melodie McDaniel and Chris Buck help visualize the positive rebellion of the Be Stupid movement providing images that, working together with razor sharp captions, anchor an entire philosophy that will go on a multimedia campaign devised by the Diesel Creative Team in partnership with the Anglo-American agency Anomaly.