It is quite common in the fashion industry, for designers to appear in campaigns for their own products such as Tom Ford, Angela Missoni and Jason Wu, as well as the legendary Yves Saint Laurent posing for the first male fragrance of the house, Pour Homme in 1971.

A relatively new phenomenon though, is designers posing in front of the lens for the needs of other brands. The designer of Givenchy Riccardo Tisci shared in his personal account on instagram that Donatella Versace will star in the advertising campaign for Fall 2015 as part of Givenchy family.

According to Tisci’s hashtags, Versace was shot by Mert & Marcus, and probably styled by Carine Roitfeld. We therefore await until September to see the result. 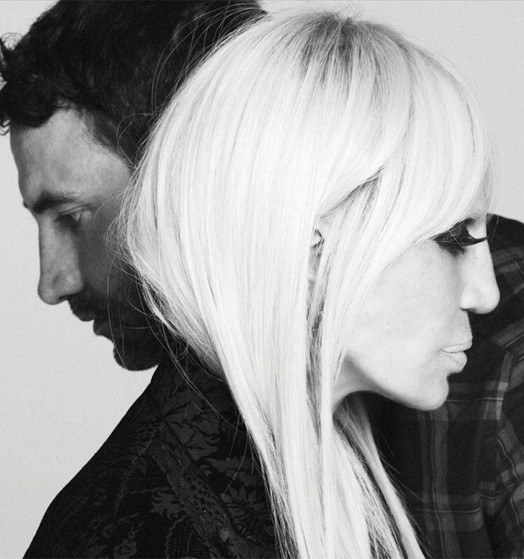