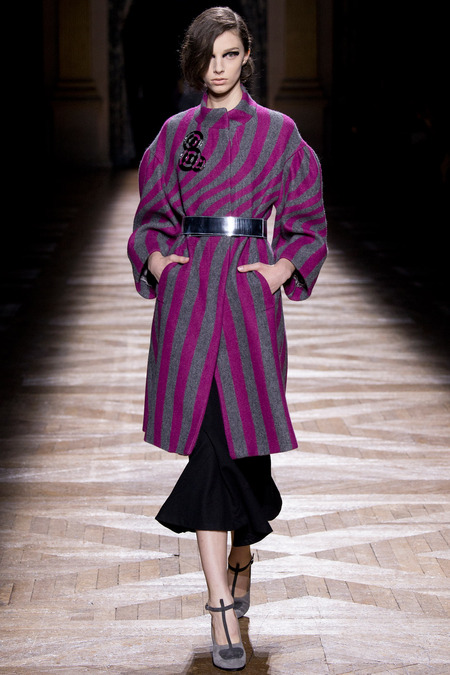 A few days back we welcomed another perfectly assembled and striking collection, for the autumn 2014 women. Sometimes it seems like Van Noten repeats himself but this is not at all so. There is a distinct cohesion between men’s and women’s collections and therefore some patterns look familiar. The Van Noten woman follows the male prototype in her own dynamic way.

The bright shades of pink, orange, combined with black, gray and navy underlined the retrospective two-dimensional flowers and the   geometric patterns. The clothes were pretty much wearable and we saw some of the most chic shoes of the F/W 2014 season. It was a  carefully balanced array of ultra feminine creations.