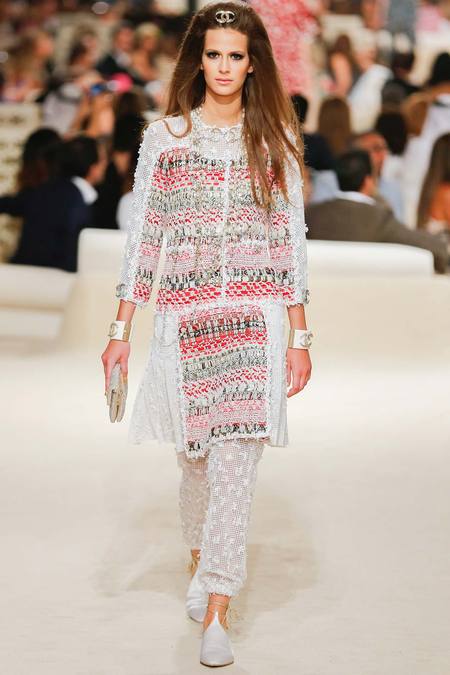 Karl Lagerfield staged Chanel‘s Couture show for Fall 2013 in a crumbling theatre in Dubai.  The building begged Arabian nights, whereas the decoration, futuristic and alien screamed ‘utopian’ vision of tomorrow.    That backdrop came to life tonight when Lagerfeld presented Chanel’s Cruise collection in Dubai, where brushed steel towers poke at the sky; shapes that are plucked from the dreams of feverish futurologists. It’s been a decade or so since the designer was last here, and he scarcely recognized the place.  “The next step, the new reality,” he declaimed enthusiastically of Dubai. “This is something totally unexpected. You couldn’t imagine it fifty years ago.”

Lagerfield drew attention to Paul Poiret’s injection of Eastern exoticism freed fashionable Parisians from the restrictions of the 19th century. “Better to do that than the sixties, the seventies, what everyone else does,” said Lagerfeld, with nary a hint of defensiveness. “This is my idea of a romantic, modern Orient, a new One Thousand and One Nights.” And there was no place more appropriate to offer it up than Dubai, where West and East, today and tomorrow, real and fake, meet in a duty-free, shopaholic embrace.  Lagerfield juxtaposed once more, the century old styles of his line, with the towering skylines that were his backdrop; both twinkling, in their own times.    “You don’t have to be from here. These clothes are for women all over the world.” Still, it was telling that the clothes that exerted the most appeal were the most generically international. The plainest, in other words. Joan Smalls in layers of sand-colored crepe had a timelessly glamorous zing. Valley of the Dolls met Valley of the Kings. 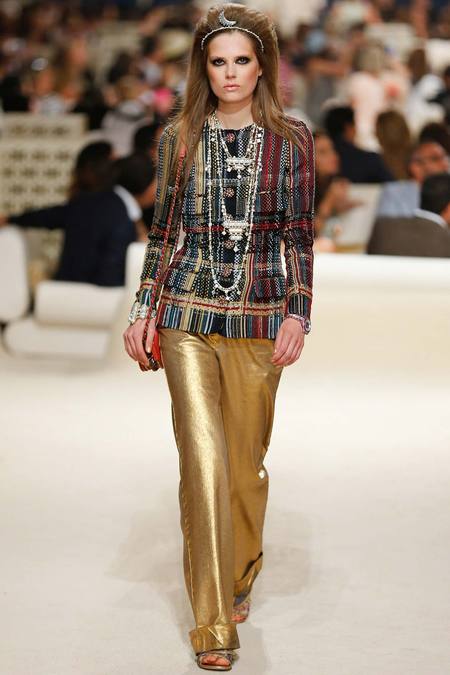 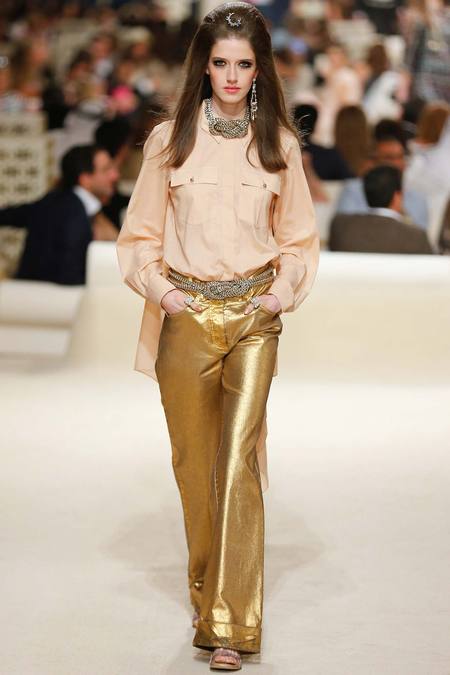 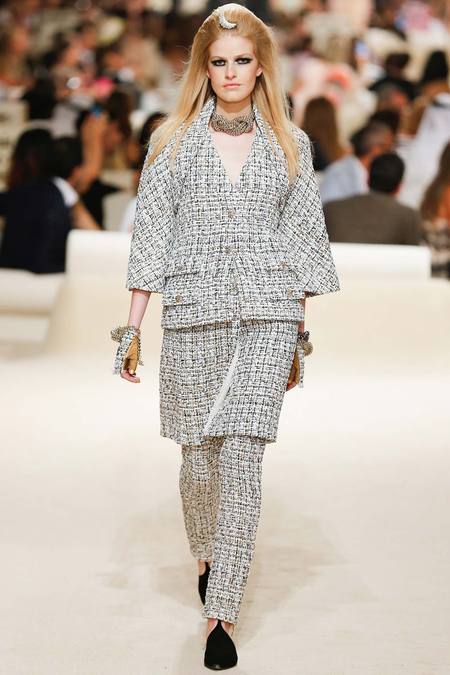 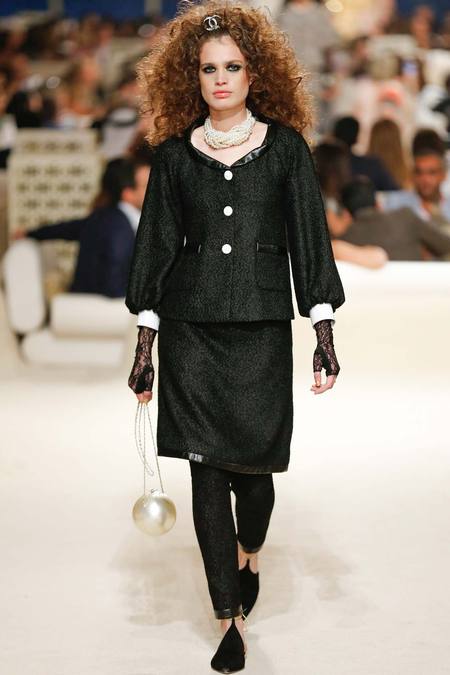 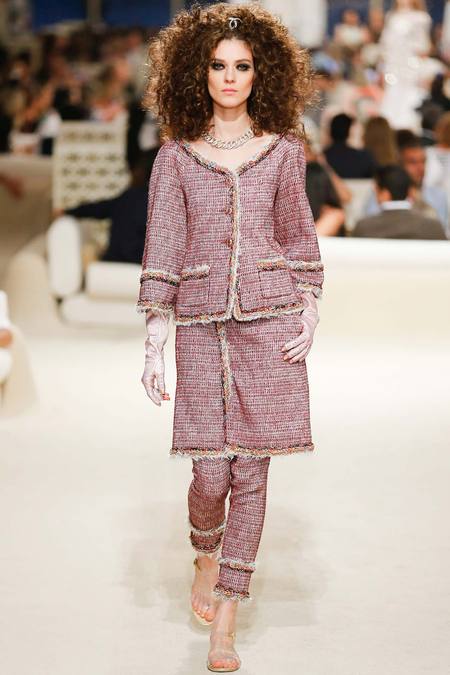 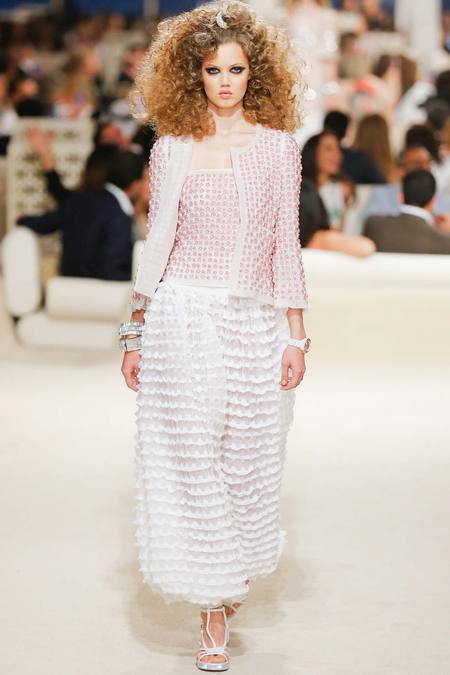 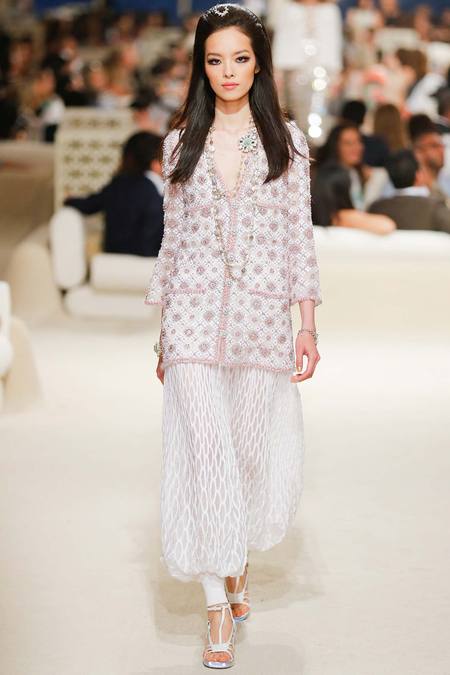 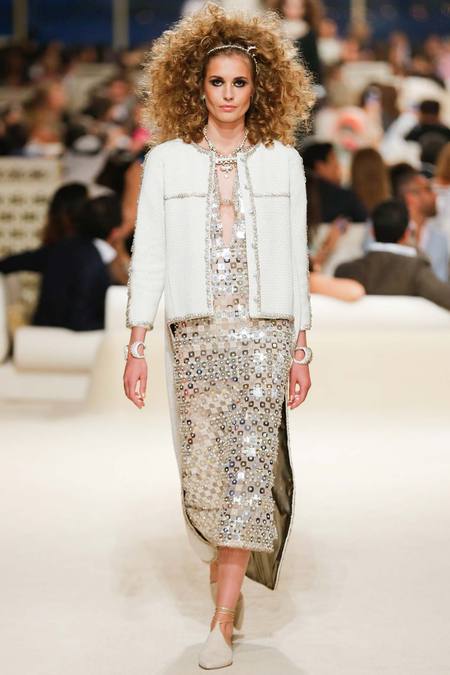 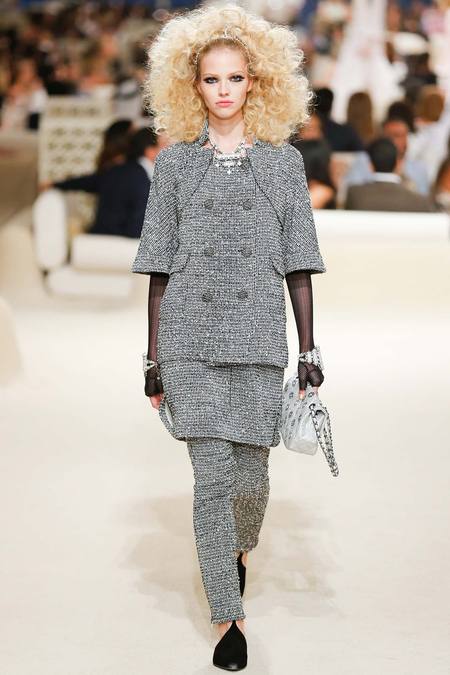 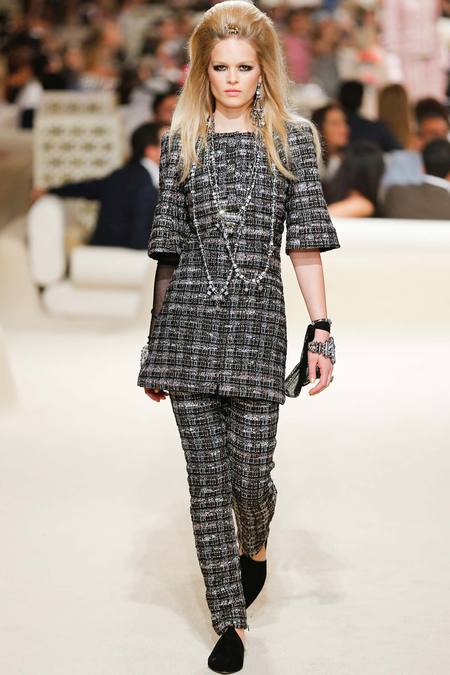 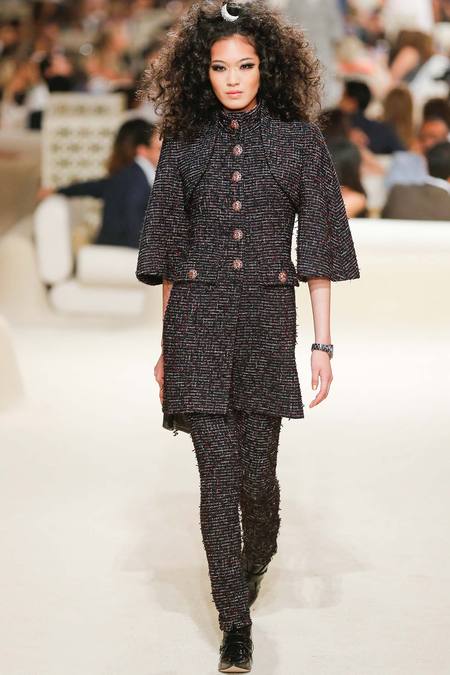 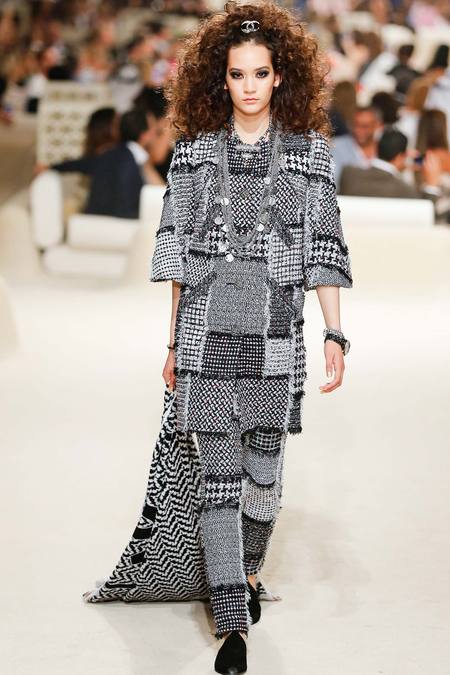 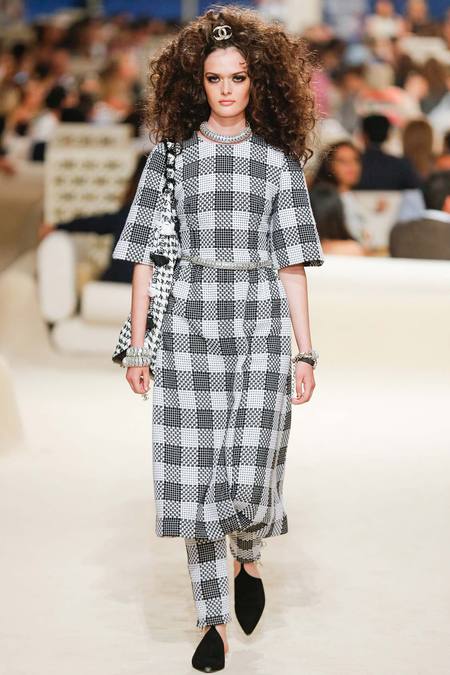 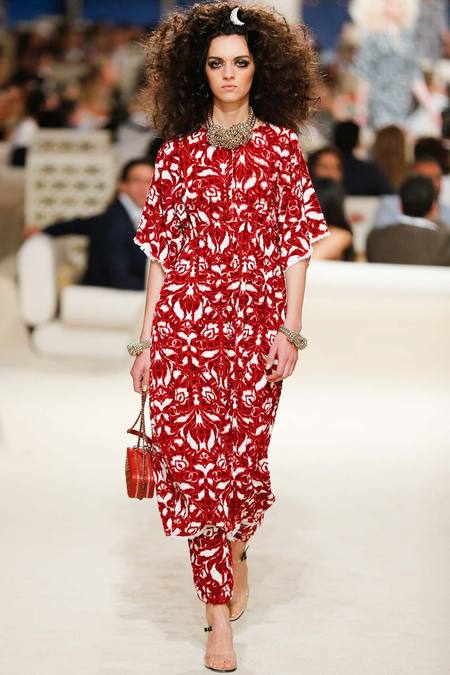 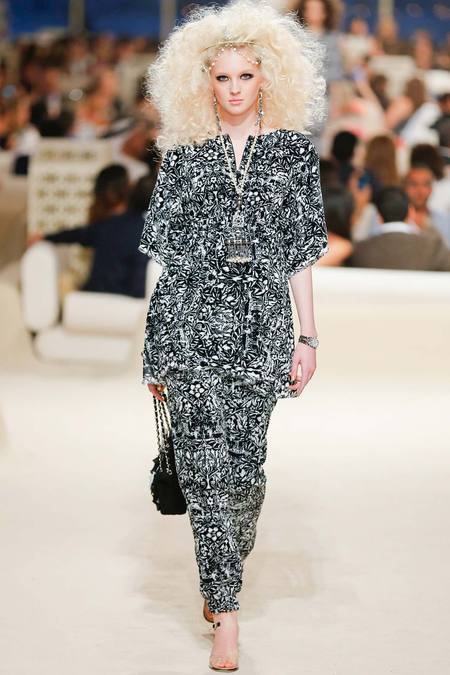 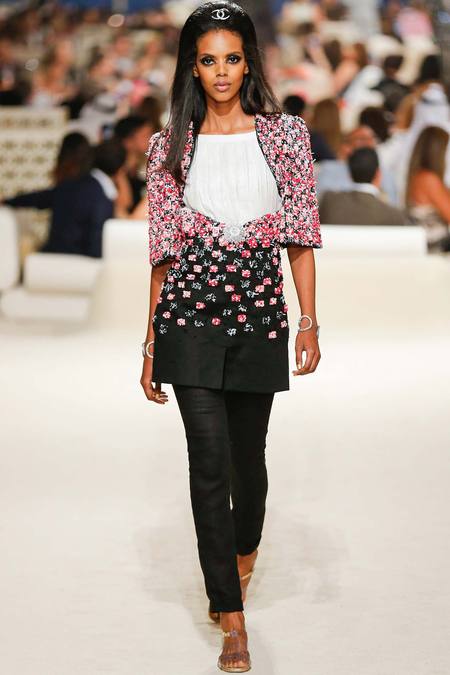 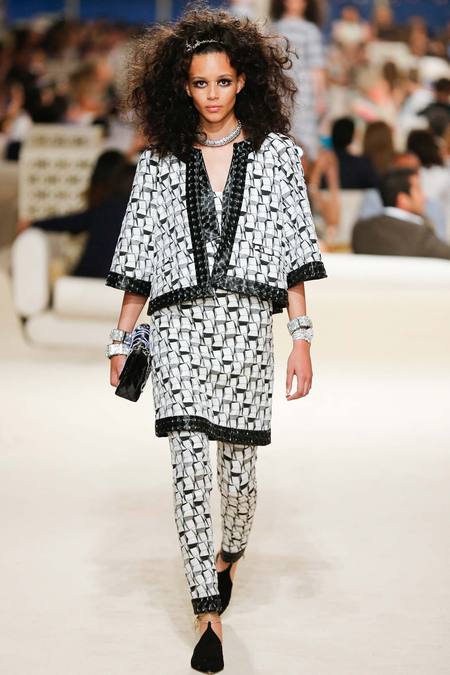 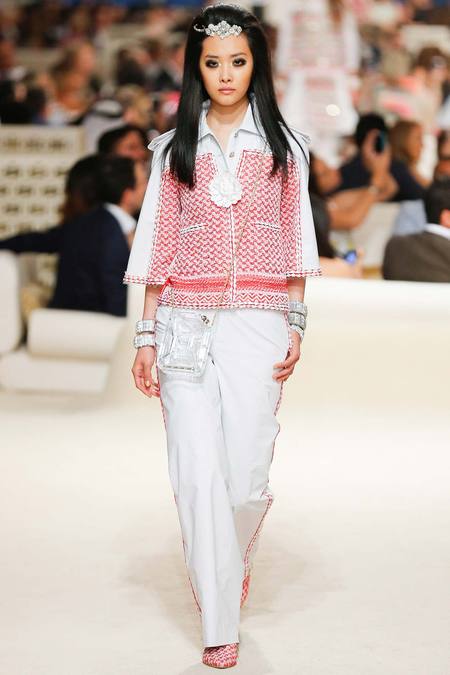 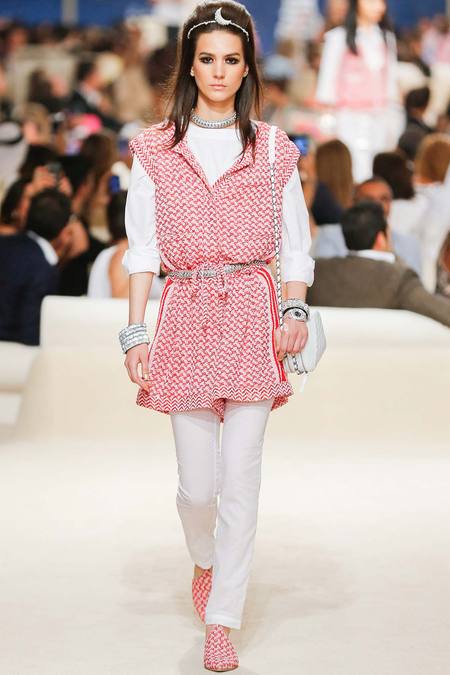 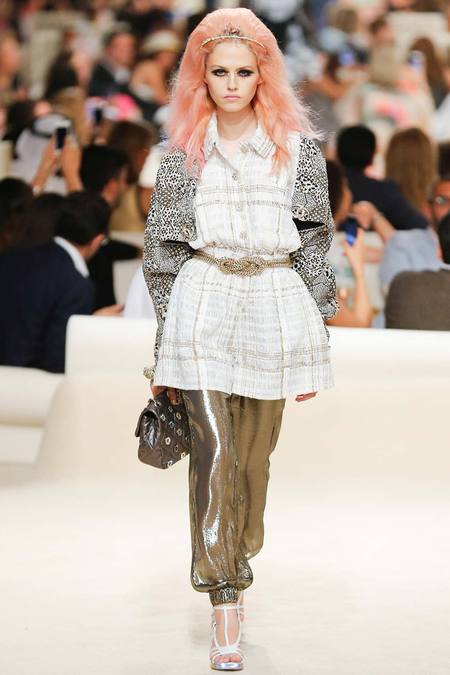 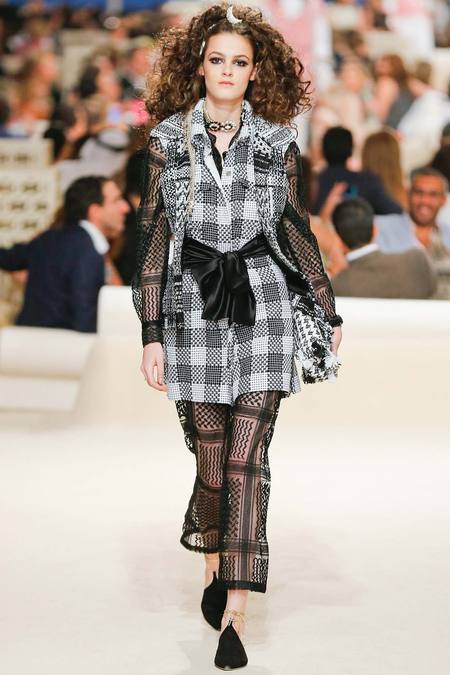 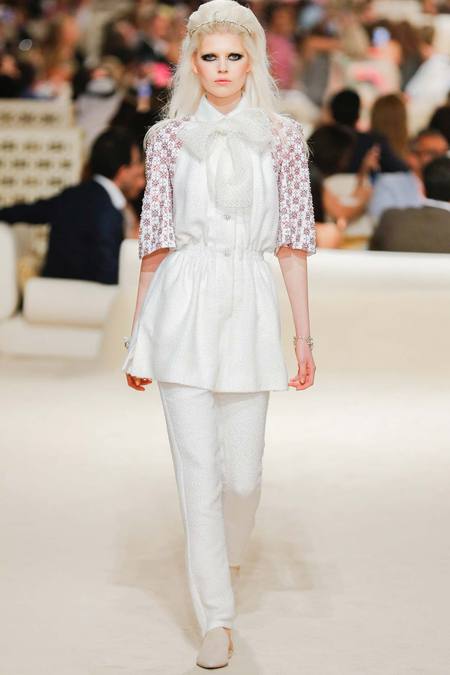 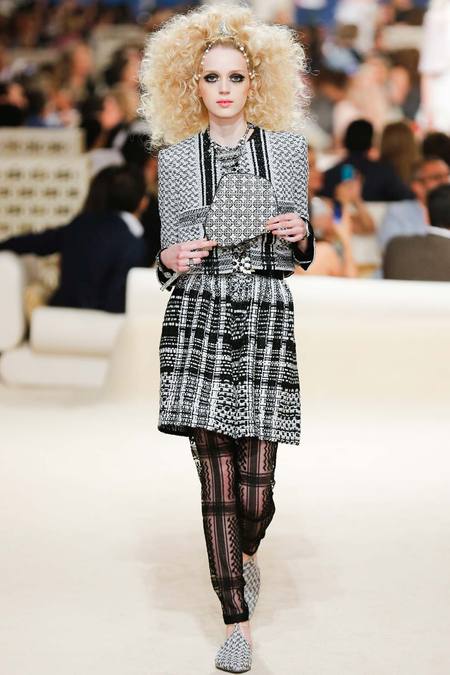