Francisco van Benthum, one of Holland’s best menswear designers, tries to mix politics with fashion opposing to Russia’s suppressive regime. Van Benthum was inspired by constructivism, which originated in Russia and avant-garde artist Kazimir Malevich, as well as other Russian activists. The designer made a quiet menswear catwalk protest featuring classic suiting,  formal pleated cropped trousers, sporty streetwise bomber jackets, oversized sweaters and tees, even in leather. He also featured three T-shirts to support Amnesty International and freedom expression in Russia while the profits will go to the ‘Stop the repression’. As for the colours, he used red, white, silver and grey, combined with military green and khaki.

In April, we will be able to find  Francisco van Benthum’s T-shirts, in his e-shop. 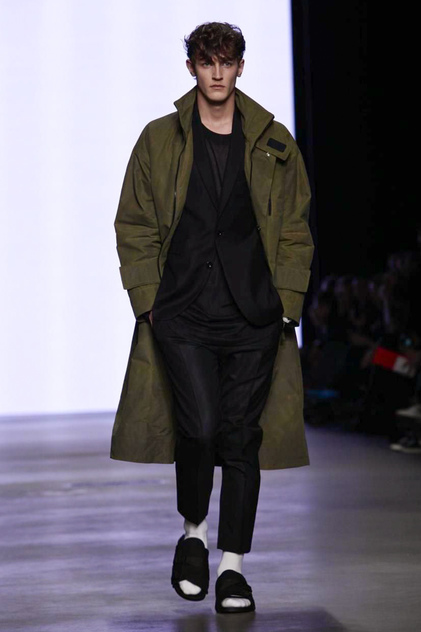