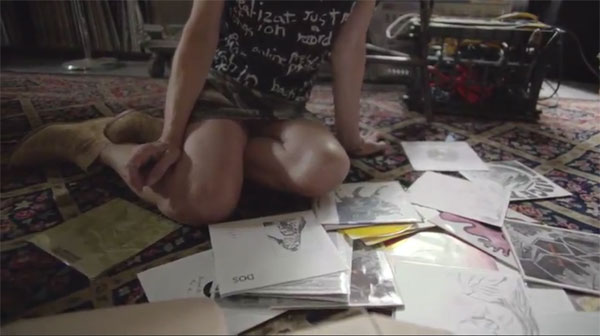 About a month ago, famous artist Kim Gordon, mostly known for singing and playing bass and guitar for Sonic Youth announced a collaboration with the French brand Surface to Air. Their interest for Kim Gordon and the French brand began when the Surface to Air crew saw Gordon playing a show in a pair of their boots. In order to celebrate their collaboration they released the video which you can see below set to Sonic Youth’s song ‘Bull in the Heather’. The original music video of this song by Sonic Youth featured the American musician, writer and activist Kathleen Hanna dancing around in clothes by X-Girl, Gordon’s first clothing line in the early ’90s.