We met Edina Sultanik Silver of the (capsule) fashion fair on our trip to attend Berlin Fashion Week last week. With a background as a fashion editor, Sultanik launched(capsule) in 2007 along with a dedicated team of approximately 5 people. “We couldnʼt find a show in New York that was cool enough for our brand, small, intimate and community oriented. There were only big shows, so we started (capsule)”, says Sultanik. (capsule) is essentially a fashion trade event which showcases the best high-end contemporary brands, independent designers and premium street wear labels for buyers internationally.

Warriors of Radness, Spring Court, Freshjive, Wood Wood, Bliss Lau, Perks and Mini, Y-3 and Ksubi were some of the participating designers among others. The crew recently expanded to Paris and Las Vegas, and despite this being their first time showing in Berlin, the criteria have stayed the same – Sultanik states that they are interested in “people who take a craftsmanʼs approach to what they do and donʼt want to be mass market”. When asked about her decision to show in Berlin, the answer is instant: “Berlin is a fashion capital now and itʼs growing”. She adds that “the brands are very happy and itʼs been very busy” and we sure hope to be seeing more of it next year. Read the interview below:

How was Capsule first formulated and complemented?

We launched Capsule in 2007 in New York – my company has a showroom, we sell brands and we do public relations. So we couldnʼt find a show in New York that was cool enough for our brand, small and intimate. There were only big shows, so we started Capsule. It keeps growing- everyone liked the show and we try to keep it community-oriented, weʼre very selective of what brands we use, and so we try to make it very relaxed, but still everyone writes orders – they want to be able to do business. Weʼre really good buyers from all the good stores, and really good press, so itʼs a very good show for everybody who does it. Paris seems more rational as a decision, as a venue, because itʼs the fashion capital here in Europe – on the other hand there is a lot of competition. 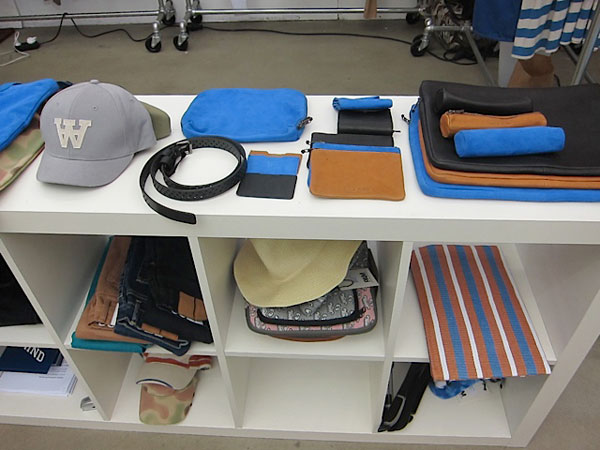 Berlin is not such a rational decision; Why did you do Berlin?

Well, Berlin is a fashion capital now and itʼs growing. Thereʼs a lot of buyers here, a lot of people come here to do business, they come to do fashion. We have all these brands in all the other cities that wanted to come to Berlin, so we did a show so they could come here and not have to do some other show. We really tried to have a certain aesthetic and we want a certain consistency. You have (capsule) in Paris, in Berlin, in New York – everywhere you wanna show thereʼs a Capsule.

How was the first feedback you received?

Everyoneʼs very happy – it was the first issue and it exceeded everyoneʼs expectations. The brands are happy, itʼs been very busy. Weʼve had great buyers, great editors coming through, and I think that the people who come to the show like what they see, seeing as the designers are different, itʼs a little bit of a different mix here (not everyone does NewYork or Paris).

How many out of all participants are German?

Iʼm not sure, but we donʼt have a lot of German designers here.The vast majority is from…New York, Paris, Japan, California.

Do you have different criteria for a European version of the fair?

No, we have very strict criteria that we hold across the board. We like people who are very passionate about what they do, who take a craftsmen approach to what they do, they donʼt want to be mass market, they have a concept behind their collection, we also look at what stores theyʼre in, what blogs theyʼre on and things like that.

Do you have a certain target group, apart from the buyers, e.g. press, opinionleading groups?

Have you collaborated with any local Berlin companies?

We have a partner who helped us with logistics, theyʼ re called Black Logist, theyʼre a sales and PR company and they do fashion consultancy.

How many people work on Capsule?

I used to be a fashion editor at Complex Magazine and I opened BPMW agency in 2003 and itʼs been growing ever since. 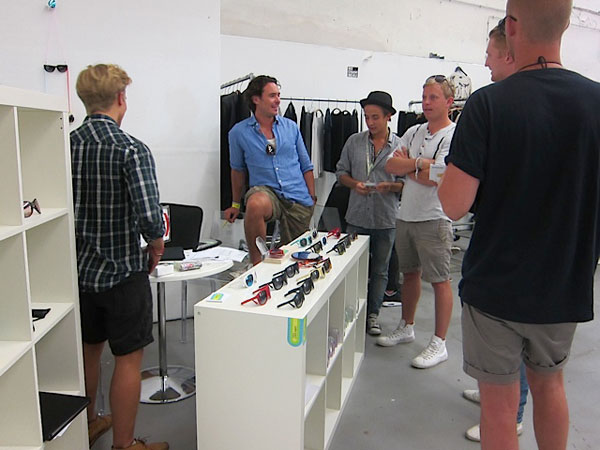