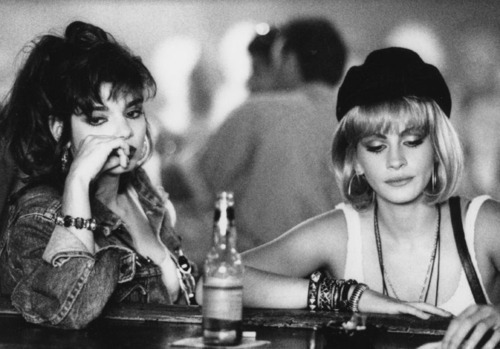 It’s common knowledge that Julia Roberts is a symbol of our times both as a style icon and as a personality. Even at age 47, the Oscar winner of 2000 was the face of the Fall/Winter 2014 Givenchy campaign.

This is not however, the first time for Roberts to have us talking about her fashion and style. During the 90’s, she was famous for her eccentric looks and unconventional clothes, which were as challenging as her professional footsteps. So, we have picked the best fashion moments, that none of her fans can get out of their heads.

1. Wearing a suit during the Golden Globes 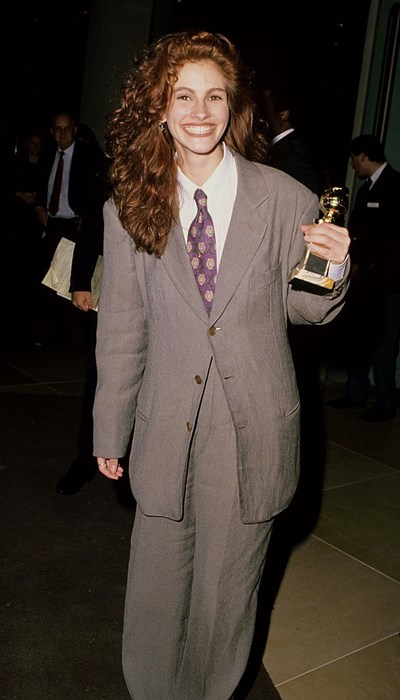 Even thought that time, most actresses would rather shine into their Haure Couture dresses for all awards ceremonies, Roberts opted for a loose mensuit for her winning the Golden Globe fot film Steel Magnolias, in 1990. And the best part of it is that no matter what the press would say, she shone by enjoying it!

2. As Vivian Ward in Pretty Woman 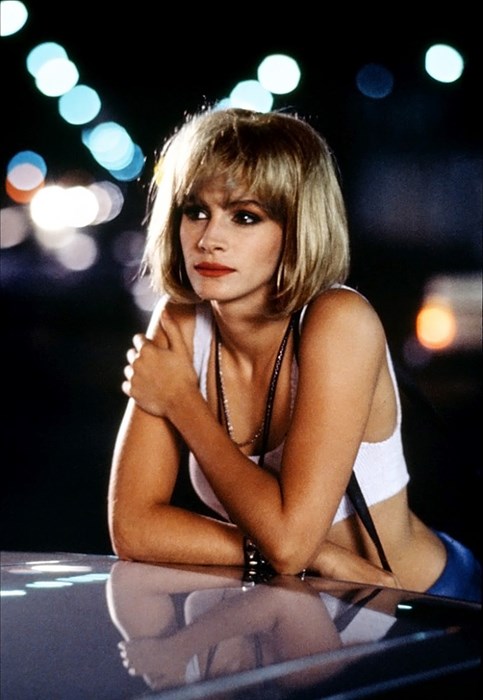 Most romantic women wait for that man who will save them from their everyday hard lives and routine. And all of them love this movie. Roberts is a prostitute in Los Angeles, with long hair and high thigh boots (watch RIcardo Tisci’s Spring/Summer 2015 Givenchy show). Richard Gere is the rich businessman who chose Vivian as his companion to professional dates.  You know the rest of the story. 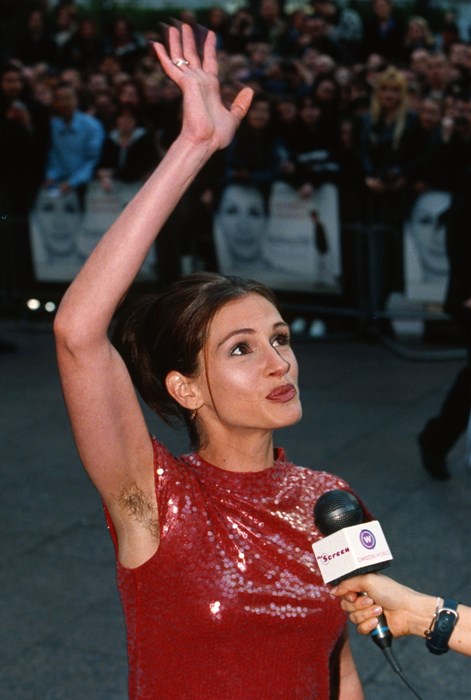 Roberts has  a great talent in abstaining from the press titles, but she always comes back the right moment, for the right reason. This is what happened in 1999, during the Notting Hill London premiere, where she showed up with hairy armpits. Was it an act of impressing? Or maybe feminism? Who knows? What is for sure is that despite her armpits, she was so sexy in her Armani Prive gown.

The film is about the real story of playboy Senator, Charlie Wilson, a renegate CIA agent and a beautiful lady from Houston, who joined forces and were in charge of the most successful secret mission of the 80’s, resulting in thhe fall of the Soviet Union and the end of the Cold War. Roberts was really impressive in her huge gowns, big earrings and even bigger hair, which make her a symbol of luxurious chic.

Ricardo Tisci loves appointing non-models as the faces of house Givenchy. After Marina Abramovic and Erykah Badu, it was now Julia ROberts’ turn. “The concept of the campaign talks of a strong woman and Julia Roberts portrays this role in the best way”. Having dressed Roberts for the red carpet many times, Tisci was excited and shocked of how gorgeous she looked and represented his campaign.