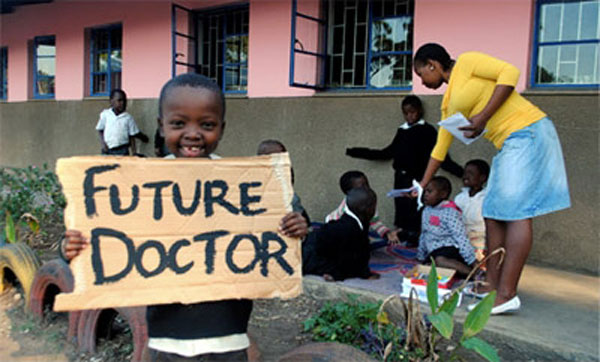 It is commonly known that the HIV is one of the most  serious illnesses that frequently young people have to face,especially in South Africa.The first time that Levi’s brand caught up with activities against AIDS was in 1982.Today Levi’s and Thanda.org by Angela Larkan,an organization against the HIV,have made  an online invitation the name of which is  ‘Go Forth’ .The project uses  the power of the internet  as much as it can and it is promoted through Facebook .What is more,through Levi’s website the fans of the brand are able to help these people . Thanda.org has an important goal,to help those people  infected by AIDS leave a better life by helping each one the other one.This week Levi’s and Thanda.org are using  Twitter to move us.Only by tweeting to  #GoForth,we can help in order food,medicines or even books to be handed out to those children who do not have parents due to AIDS in South Africa.Moreover,Levi’s has begun a campaign that is called ‘Red for Life’  all around the world,and has offered medicines,free information and protection  to more than 500.000 people in South Africa until now.