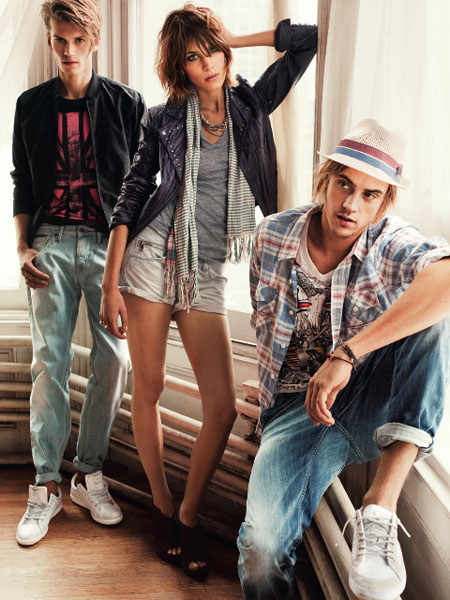 British “It” girl Alexa Chung, is starring in the new campaign of Pepe Jeans London! A model, tv presenter, guest DJ, editor of the famous newspaper “The Independent”, the characteristic British “It” girl , Alexa Chung poses at the brand’s advertising campaign for Spring/Summer 2010.

Alexa Chung attracted the fashion people’s attention earlier on, for her special and wierd style ad also for her taste of clothes, while she has been often shot for her choices in clothing. Together with her at the campaign, pose Tom Guiness and Boyd Holbrook, and known photographer Tom Munro took care of the whole venture.

After this photoshoot, Alexa Chung belongs to the list of the famous fashion icons who have starred in a Pepe Jeans London ad campaign, like Sienna Miller, Kate Moss, Natalia Vodianova, Daria Werbowy, Ashton Kutcher and football player Cristiano Ronaldo.