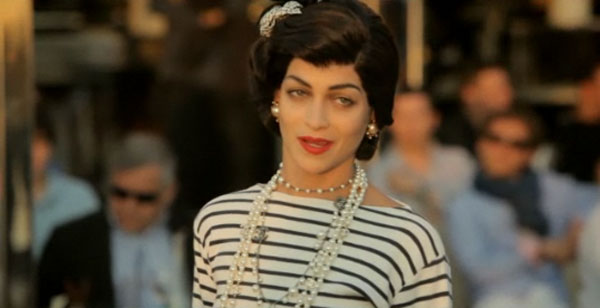 Lagerfeld said: ‘When I do a film, I see the movie before I’ve made it. I don’t make scripts because it’s written in my head. I like short one-liners.’