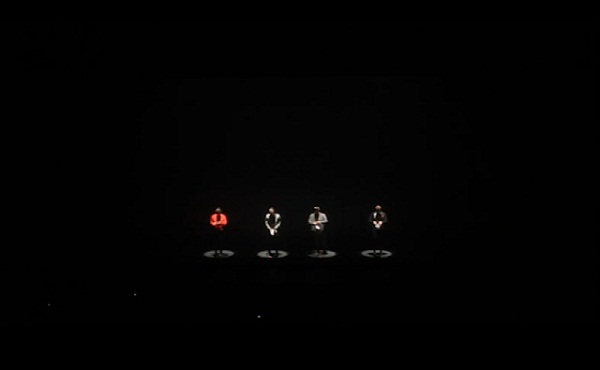 Watch the video from the presentation of Sibling’s fashion film ‘Darn the boozer’ and part of their A/W 2011 collection at 4FASHIONSHAKE III organized by OZON Raw magazine.Since their launch back in 2008 Sibling, a collaboration between Joe Bates, Sid Bryan and Cozette McCreery has been spreading six impressive men’s knitwear collections from USA to Asia and Russia.

4FASHIONSHAKE III is the third fashion event organized by OZON Magazine, on April 6th at THEATRON in Athens. The program for this year’s project, whose aim is to link fashion with contemporary arts, included the presentations of Sibling, as you can see in the video below, the artist Hormazd Narielwalla, aptform label with Greek designer Michail Gkini and the Greek designer Loukia.

Fashion films of Una Burke and Ioanna Kourbela were also presented while May Roosevelt performed live the track ‘Chasm’. The video with the other participants will be featured at ozonweb the coming days.