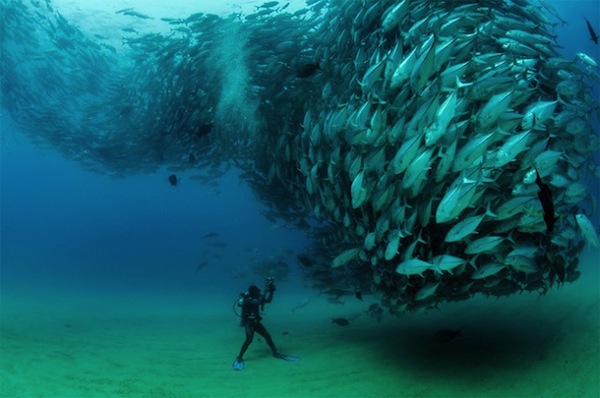 Scientist and photographer Octavio Aburto captured a quite rare physical phenomenon in which a large school of fish swirls in a way creating an impressive sight that resembles an undersea tornado. The following pictures are shot at the Cabo Pulmo National Park of Mexico and according to the photographer, depict a type of spawning aggregation since the fish congregate around the park’s reefs in order to reproduce. This phenomenon is rare and really difficult for divers to see and capture.

Aburto usually dives accompanied by David Castro, whom he shot in front of this spectacular tornado presenting literally but also metaphorically how small a man is compared to this nature’s splendor. This specific photograph was titled “David and Goliath” and participated in the National Geographic’s 2013 photo contest.

Through his work, the photographer wants to raise awareness among the viewers of the overfishing which has left fish stocks so depleted, fact that makes this phenomenon even more rare to see but also of the destruction of undersea parks. 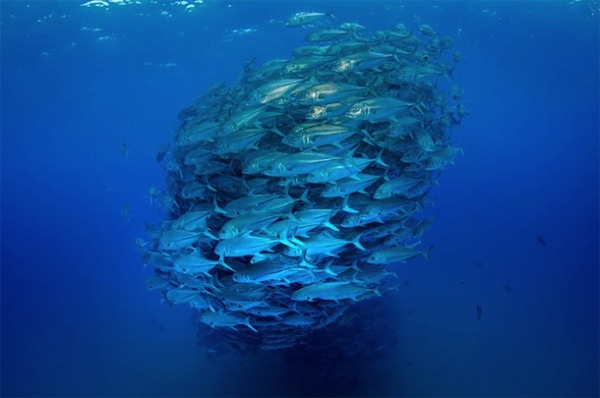 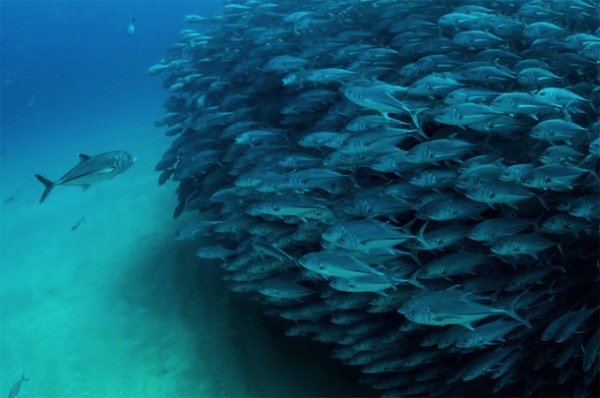 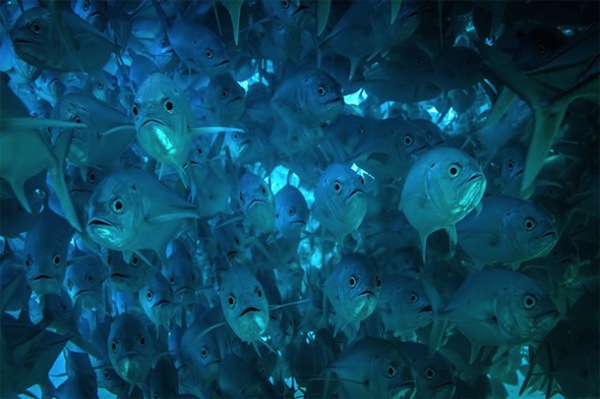