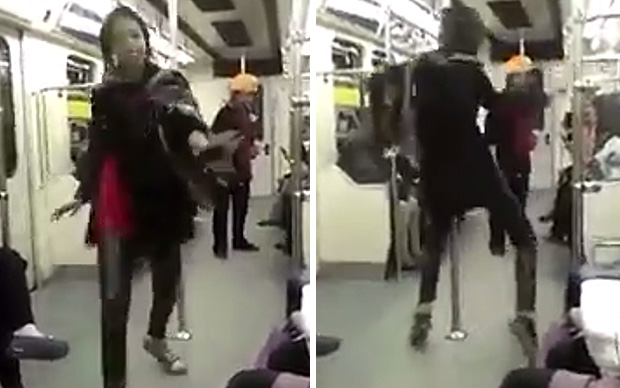 A young Iranian woman fights against women’s suppression in the Eastern country and she does so, by breaking two laws at the same time. The video was published online two days ago, on Facebook page My Stealthy Freedom, where women from Iran can post their own photos and videos, without wearing their headscarves, as a protest.

This woman is dancing in public, inside the Tehran subway, under the sounds of Little Mix’s “Salute”, without having her face covered. Chosing this song is no random thanks to the lyrics “”Ladies all across the world / Listen up, we’re looking for recruits / If you’re with me, let me see your hands / Stand up and salute”. In Iran, both dancing and exposing their faces in public, are forbidden for women.

Take a look at the video-declaration!