Aristide Antonas: Back to the Urban House 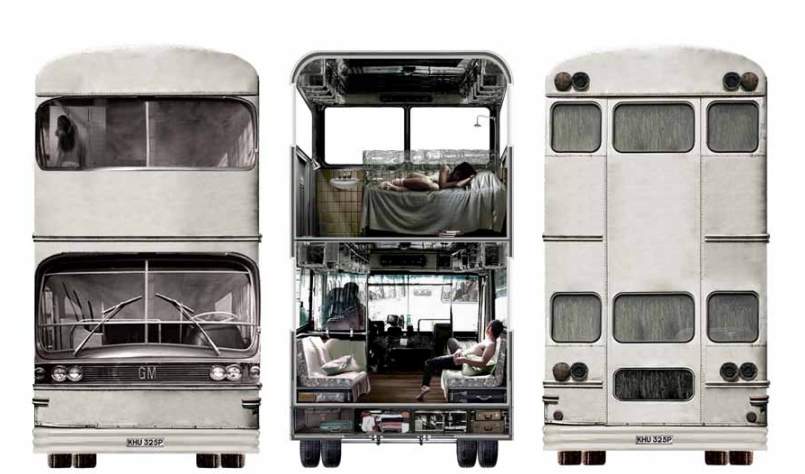 His life begun in Athens. He grew up observing his city discovering beauty in things neglected by others. He took a stroll into the microcosm of Biology but his love for Architecture as well as his love for drawing made him change direction and graduate from the EMP with a degree in architecture. The search went on with a PhD in Philosophy in Paris, conversing with Derrida and other restless spirits of the Parisian intellectual world. As far back as he remembers, a force is leading him to write dramas for the theatre and philosophical novels that feature in both bookshops and architectural university libraries. Today, having returned to Athens as an architect, Aristides Antonas examines new residential models by suggesting alternative uses for objects unlike houses. At the moment his is designing a house entitled ʻResponsible Houseʼ which is based on the concept fn idleness exploring Zizekʼs perception of non-action as a political act. Ιn early October his work will be presented at Politecnico di Milano, while during the year his latest theatrical drama ʻTa Ktismataʼ will be published by Agra publications.

-Youʼd rather deal with projects free from preset conditions formed by the client, but when it comes to facing the above how do you react to the banal and the cliché? How do you introduce the elements of your ʻextraordinary compositionsʼ?

I am actually interested in both the banal and the cliché. I guess this is the natural environment of what I do. There is something scandalous in commonplace. Kafka has taught me this. Banal conceals monstrousness or invisible extremes. I therefore listen carefully to the people who want me to do something for them and I get on well with them, otherwise it is impossible for me to work. The added elements are either tangible objects, things or events that came my way. These are nothing but rare. My job is to bring them together. Following no rules.

-Is it your intention to realise your ʻfantasyʼ projects or you just want to give a touch of fantasy in the austere and rigid world of architecture?

My studies are there to be realised. All drawings and sometimes texts are like music scores for something that follows. The theatre play structure is dominant in them. No programme has found its final form, like music scores yet to be played. It is a positive sign when their existing form provokes comments or debates.
This has happened in the past before me with more important work.

-How do you set the boundaries between the ordinary and narcissistic in Architecture?

There are no boundaries between the two. To me narcissistic is something that calls for superiority. It does so in either complex or simple way. The anticipation for such primacy therefore is evident, surrounding the result. This is how I usually recognise this kind of disturbing narcissism. It tires just like I get tired by people
talking too much about themselves wanting to make us believe their brilliance. This also happens with things that surround us, things we write or design. Many of us think we are brilliant but in silence we look better. Art is constructed by strategic narcissism. It would be hypocritical to call for a non narcissistic art. But we do
need to somehow deal with narcissism.

-The theme for our issue is the song ʻBack to Lifeʼ. Coming back to the reality of Athens, how you think it affects the way Athens is inhabited today, the lifestyle and culture of its people?

The way the city is inhabited is inseparable from both culture and lifestyle of its inhabitants. Athens provides a complex shell. I picture the shell as if it brings up a question. The way it is inhabited provides one possible answer. The culture of its inhabitants offers a name to the answer required by the shell. If we wish to find a
meaning for coming back to Athens we should inhabit its shell in different ways once we have priorly decided to keep it unaltered.

-What are the elements of Athens you would wish to remain unchanged?

The ones that should stay as they were, are a lot. Athens brings out the conservative in me. Many high rise buildings, entire areas should, for various reasons, be preserved and listed. I like the city I was born in. It is not the cradle of civilisation neither is cursed. It is a remarkably homogenous city, a great modern city. I have
worked on several projects in Athens. It seems like a framework meant to be distorted. I have worked on the proposals for two squares, urban rooftops, a bridge in Keramikosʼ archeological site, a road in Metaxourgeio… I have been determined by Athens. I grew up in a city while everyone was against it. In Athens I realised the constructive power of observation. What I would change would be some of the structural features regarding the infrastructure. However Athensʼ shell, what we see, is magical. It is much less boring than the shell of any European city supposed to be beautiful.

-You work with students in universities but also in workshops, such as the ʻBuilt Event Groupʼ which produced work the 2nd Biennale of Thessaloniki and the 9th Venice Architectural Biennale. What are your views on the new generation, future architects in Greece?

I believe in large teams, in common aims and workshop conditions, in collaboration among people however small or big. Our times demand for work, not individuals. I think I should be positive about the future and expect a lot since I see group work in progress and talented people. 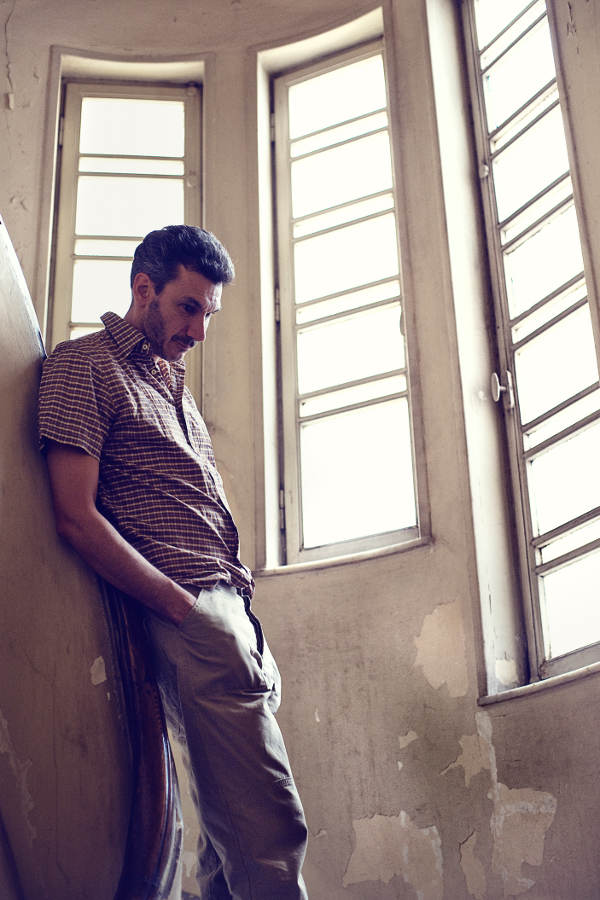