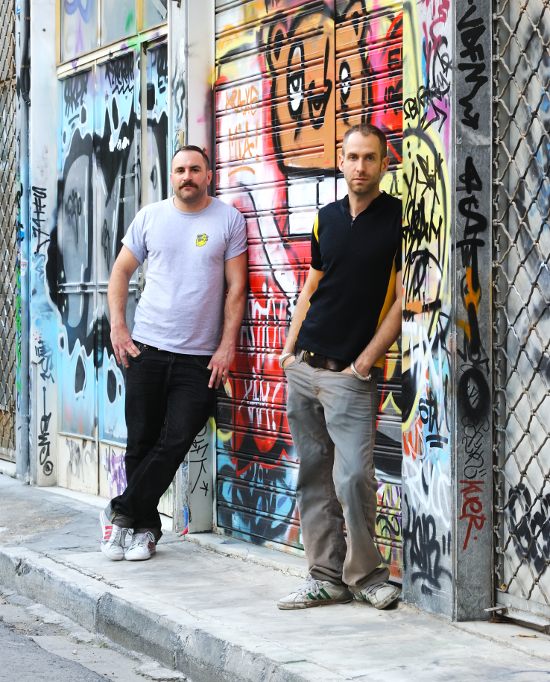 The Athens branch of ‘Deep Inside’, the London underground party celebrating house music culture focusing on the early 90s US Garage form, debuted on November 6th. OZON magazine caught up with DJ Gideon, radio producer for Downlow Radio, London’s branch resident DJ and first guest of Deep Inside Athens, for a chat on his DJ style, his musical preferences and the Downlow experience.

-What kind of DJ is Gideon Berger? What do you usually like to play?

A compulsive obsessive one I think. I collect gospel and reggae, deep house (and have a fat collection starting from 1990 – now) and vintage acid house. I also collect and play out soul and funk. Unfortunately I don’t feel I really own a record unless I own it on vinyl, I don’t DJ with CD’s, vinyl only hence the fact I had to make my best friend abandon his hand luggage on the flight over to DJ in Athens so he could take half my records. I am kind of skint most of the time too (the older I get the more expensive the records I seem to want to buy are). Music is my life and always has been.

-What should people expect from a typical Deep Inside party?

Deep dark deep house with a distinctly east coast US flavour. No pop, no commercial homo bullshit….just the real thing. House music.
Give us an idea about what Downlow Radio is about?
The Downlow Radio is an online radio station permanently tuned into the homo-soul-funk underground. Playing disco, deep house, acid house, funk, soul, blues, reggae and gospel 24 hours a day. Our network of DJ’s and sound systems features some incredible DJ’s from the best homo cities on earth. New York, San Francisco, London, Rio De Janiero, Paris, Tokyo, Milan, Rome to name
just a few. The Downlow Radio plays strictly non-commercial mostly black music and is the BEST ‘not for profit’ alternative to gay trash commercialism anywhere in the world.

-Εxactly what does your ‘Slow Jams’ show feature?

Well the Slow Jams series are my passion really. Because my record collection is so hugely varied as far as tempos and styles and eras are concerned, the Slow Jams series are an opportunity for me to play deep soulful music across the entire spectrum of my collection. And necessarily the shows are not made to please the average dance-floor. They are for slow mellow partying, relaxing and loving. Try it out for yourself at thedownlowradio.com

-And what about all the commotion last summer with the NYC Downlow tour?

The NYC Downlow tours UK festivals every summer. We build a huge life-size ruin of an NYC tenement (see picture below) where the murky homo fantasies of The Downlow crew fuse to resurrect New York’s golden age. Basically we set up a huge sound system behind the film set facade and party for four days. We have created a gay space at UK festivals that plays exceptional music we aim to permanently dispel the myth that gays listen to Lady Gaga and Kylie. Fuck that!

-What is the perfect DJing environment for you? Favourite place in the world to DJ?

A sweaty black box with a massive sound system. And my favourite place is the NYC Downlow of course and Deep Inside and Horse Meat Disco too I guess.

Depends on my mood. Τo be honest, I’m not a massive fan of the Italo sound, not enough soul.