Petros Efstathiadis is a photographer. He is also a contributor to Wallpaper and Monocle magazine, as well as to Le Monde and the Financial Times, to name a few. He is presently about to travel to North France, as his work has made it to the final selection of the photography competition held at Hyères Festival. He is also a member of the pocproject team and every six months he participates in photography workshops around the world. Petros is indisputably very talented. Yet this is not the most important thing to consider; the stories he tries to tell through his images are the ones that count the most, let alone his clear eyes and mostly the fact that he is a smart, poised and regardless of this whole absurdity met in his photography, still a totally normal guy. When looking at his pictures, I can’t help thinking many times that this village that inspires him so much has been born out of his imagination and that it doesn’t actually exist. Or, to say the opposite, I think that Petros discovered out of pure luck this place where people usually walk the streets wrapped up in tinfoil and holding sickles. To him anyway, the most important thing is to make us believe, when looking at his photos, that the silver boy is an astronaut in reality too and that the hooded lady on the low heels is truly about to burn down the whole city, maybe even tonight. 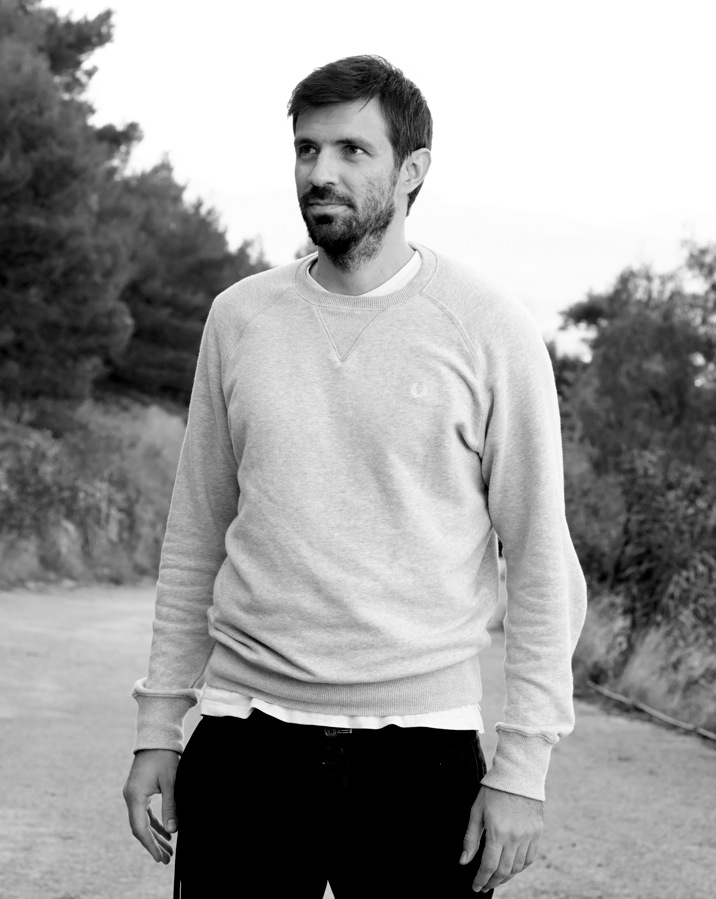 How do you manage to combine all those incongruous elements that make up your photographs?

There is this certain language I use with various objects, people and techniques in order to create a picture exactly the way I imagine it. I see my heroes and my constructions as multiplexed- multicoloured personalities and I want to build upon them, make something more of what they presently are and give them the meaning I want.

What sort of feelings would you like to evoke to someone who comes in touch with your work for the first time?

Firstly surprise and also make him spend some time to take a look at my photography, but I don’t think that my pictures conjure up feelings so easily. Photographs tell us some kind of stories, but luckily every individual interprets it differently or remains indifferent. There is a number of people that I know and communicate through my pictures and it stimulates them, it provokes them and probably they find them beautiful.

Do you believe that someone with none too similar references, or, even more, someone who is not Greek, could find a point of reference with your photography?

I believe the exact opposite; it is much easier for someone who is not Greek to understand what I am talking about and grasp the Greek essence. My photos are Greece itself, but eventually I end up talking about something in an intelligible language for everyone. In addition, my photos talk about this side of Greece, which is less glistening and poorer. The majority of the Greeks, I think, has forgotten that 30 years ago we were barely making ends meet.

Which is the main story you try to recount?

There are various main stories which usually come from our everyday lives; everyday people, situations, everyday dreams and absurdities, everyday surprises and disappointments. What makes the difference in my photos is that you actually believe that the kid is an astronaut indeed, that the bomb will explode at the bar and that someone will soon sit for a drink, that the world is perplexed and weird, and that everyone is walking down the streets with a sickle in his hand.

How much do you feel influenced by the village itself?

It really helps me to appreciate some things which are a thing of the past, a bit primitive, very authentic. Every time I visit it, I come in touch with mud, fire, dust, old objects which in the modern world are seen as trash; there they have a use and a reason. I grasp different eras, the tastes; I see animals running around disruptively within an unruly scenery. Time goes by slowly, the food is more succulent, people are mostly unsuspicious, other times smartass, definitely not ambitious whatsoever. A simple routine strictly based on the essentials.

In turn, how have you influenced life there? Which is the prevailing opinion concerning what you do?

I sometimes see things that leave me speechless. Their absurdity is so inconceivable that many times I don’t believe what I am seeing. Pictures that take you back to past decades with a hint of naivety usefulness and absurdity which is impossible to beat and recreate. As soon as they see me wandering around with a huge camera and a tripod, they start booing and laughing, but at the same time they love it when they catch my attention. They don’t understand what I do, but they understand the power of photography, so they trust me, collaborate with me and help me form the scenery together from square one, sometimes they give me ideas, other times they overdo it.

Where does the whole risk lie with your own pictures?

There is the risk of doing something only to impress and create a meaningless spectacle. 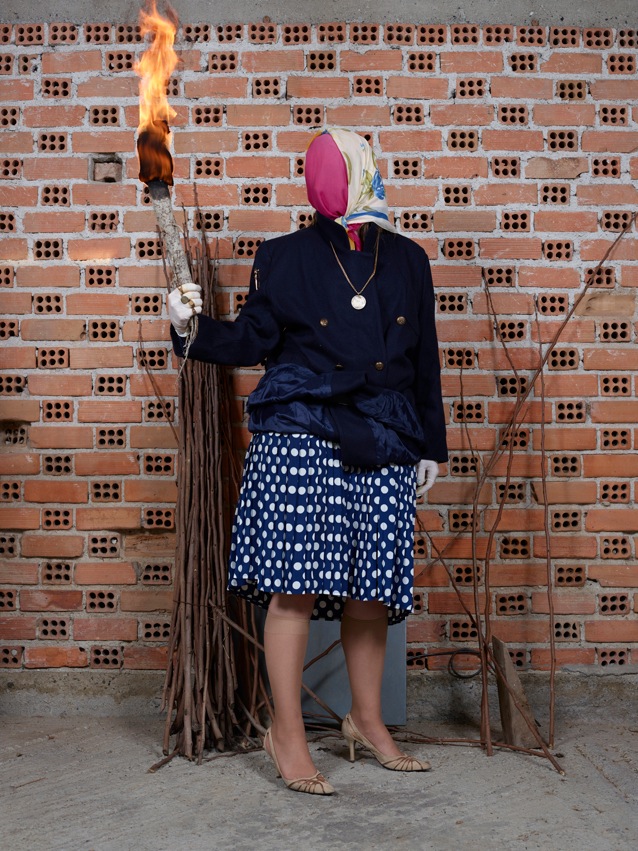