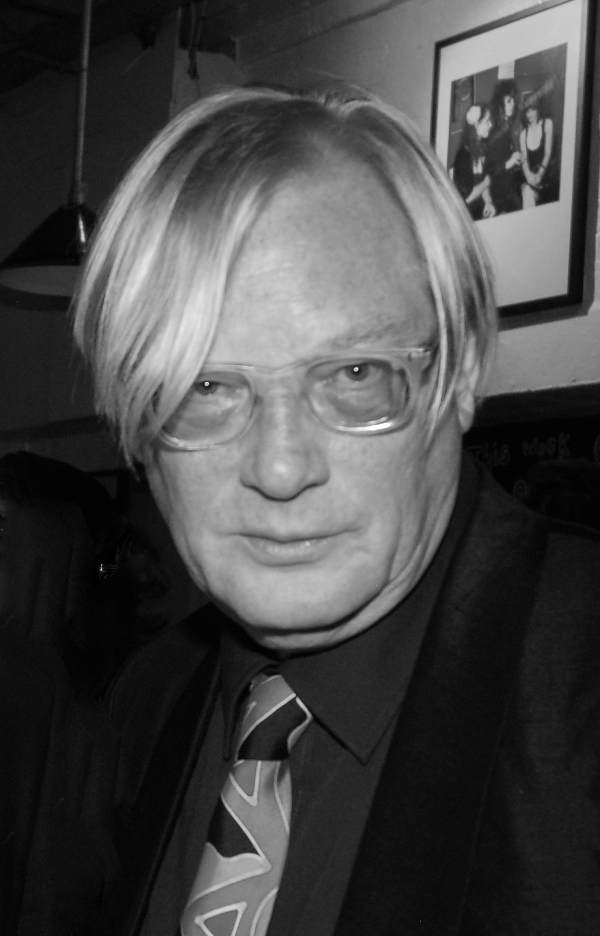 The American writer and anthropologist Ted Polhemus is arriving to Athens for a lecture within 4FASHIONSHAKE II, supported by the Cultural Organization ATOPOS. Polhemus became famous, in the early 90’s, by his book Streetstyle that accompanied the homonymous exhibition in the V&A Museum in London. Streetstyle, that was recently rereleased, was an apocalypse for the urban undergraound cultures. Mods, Punks, Teddy Boys and then Surfers, B-Boys and Ravers, subcultures that start from the fringe and end up in the catwalks. Since then, he has written eleven more books about the ‘tribes’ of the city and is considered to be one of the most valid theorists on the subject. We are looking forward for him explaining to us his obsession on separating style from fashion, talking about the underground and the youth culture and of course taking us a walk under the neon lights of the ‘supermarket of style

-What made you revisit the streets? What is the most current observation you made?

I never left ‘the street’. My background is in anthropology and my interest has always been the creativity of the ‘ordinary’/extraordinary people who contribute new looks and style innovations from outside the world of professional fashion. The key current observation is the truly global nature of street-style today – that and the extent to which the spirit energy of street-style now infuses even high fashion.

-What is cool, after all?

Certainly not anyone who calls themselves a ‘cool hunter’. The notion of ‘cool’ goes back at least as far a modern jazz in the 50’s (cf. Miles Davis’ 1950 album Βirth Of The Cool) – It is always understated and never bombastic.

-Is there a point in discriminating style to authentic and dictated? Are we at the end a bunch of posers, stealing elements of different styles that have nothing to do with our reality?

For me the big huge distinction is between fashion and style – And in my view the old, dictatorial fashion which prescribes what is in and what is out is itself on the way out. We are in the age of creative consumption where the consumer injects something of their own personality into their look. This process is one of sampling and mixing lots of different styles from the past and from around the world and then fusing these into one unique, personal expression of style – a style ‘statement’. Modernism strove to create one, coherent look but our post-modern age demands a chaos of juxtaposition. We can see the origins of this creative juxtaposition of styles in punk but this same impulse has now gone mainstream.

-How do you explain the revival of retro styles that lately have been haunting the fashion world? How can we claim that we aim for originality when we wear what people wore 10 years ago?

Again, this is simply what is to be expected in a post-modern age which compresses time and space into one singularity. The originality is in our choices. From all the possibilities on offer in today’s supermarket of style we make out selection. The film ‘Βlade Runner’ was the first vision of future which understood that rather than ‘futuristic’ the future will be retro. The creativity is in the sampling and mixing.

-Can we refer to an underground scene today or is it just a five minute thing that ends as soon as it hits the limelight?
Yes the limelight is a killer but we now have the whole world offering up new ideas and hatching new scenes – there are today zillions of underground scenes it is just that the are in places scattered around the globe where one never previously sought to look.

-Is style something more than an instruction manual on how to behave? In what extent is our self-definition based on our style?

I would say that style is out self-definition. And vice versa. Style is the most fundamental language with which we seek to explain ourselves (where we are ‘at’) to ourselves and to others.

-Can you tell me about your involvement in the ATOPIC BODIES project?

The atopic bodies project gave me a welcome chance to return to my starting point as an anthropology student: the extraordinary and fascinating extent to which our bodies are cultural rather than biological. Between me and my body is the ‘social body’ of culture I grew up in and live in. For example, biology doesn’t define what is a beautiful or desirable body – only our culture and history does that.

-In what extent is street-style linked with location? What do you expect to see in the streets of Athens, where we are all going through a crisis?

The global nature of style today means that interesting things are happening anywhere and everywhere. In a sense, thanks largely to the internet, location is no longer important: some things going on on the streets of Athens are also going on on the streets of Mexico City or Jakarta. Yet, strangely, there is at the same time a heightened sense of ‘real people’ interacting and bouncing their ideas off each other in small little bits of geography. What I am absolutely certain I will see in Athens, is real people using style creatively to broadcast their real selves to those around them. As for the current crises, keep in mind that whether London or New York in the 1970s or Japan in the 1990s after the ‘bubble’ burst, economic crises and political uncertainty can give rise to the most extraordinary style creativity.

Ted Polhemus will participate at 4FASHIONSHAKE ΙΙ, with a lecture, supported by ATOPOS Cultural Organisation.