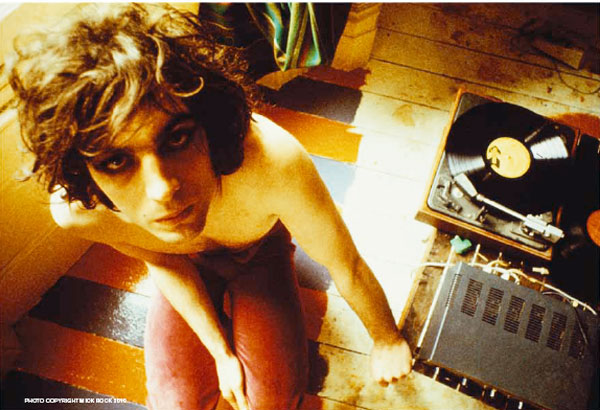 Mick Rock is the photographer who captured the essence of a period when Pink Floyd were just Syd Barrett’s cats. David Bowie wore platform shoes and space make-up, Iggy Pop was cutting himself with a bottle messing around with blood and Lou Reed posed as a decadent effeminate dandy. Mick Rock was their friend, always inspired by their outrageous behaviours. More than an eye-witness or a compulsive observer, he spent his time living it. There is a recurrent pattern in Mick Rock’s images. Portraying his subjects as self-destructive anti-heroes that the more bad things they do, the more you want them to be ok. Today he is busy taking pictures of the new generation of rock ‘n’ rollers along with preparing ‘Exposed’, his latest photography book that will be out next autumn. Mick Rock’s attitude about life and art sums up to one word: experimentation. Talking to him is the next best thing to falling in ‘drunk, punk, love.’ 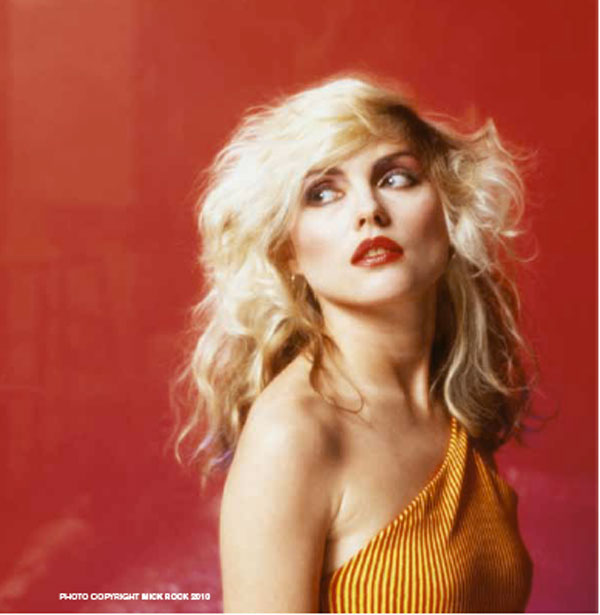 You were studying at Cambridge where you happened to meet Syd Barrett. How did this happen? Was he the reason you started taking photographs?

It was in my first year in Cambridge and some people I knew told me about this friend of theirs Syd Barrett, who had a band called Pink Floyd. He also had two cats, one was called Pink and one was called Floyd and they were named after blues musicians. Syd was coming at Cambridge with his band, to play at the Cambridge Arts College Christmas Party in December of 1966. So I went along with them to see Pink Floyd. Well all you could see was Syd Barret, this extraordinary figure bouncing up and down in the middle of a psychedelic light show. I got to know Syd that night. He was a very happy fellow. I photographed him first time probably around September of 1969. I think I didn’t pick up a camera until late ‘68.

You lived among the people that you photographed and you shared the same lifestyle with them. How important is it for a photographer to be more than an observer, to be involved?

I was part of it and then I became sort of bit by bit a photographer. I was just doing what I felt like doing. I didn’t look at it from an outside perspective. These were the people I knew and lived among and those were my day to day experiences. I just went along because I knew who these people were and I loved their work.

I read that during your studies you were fascinated by the ‘accursed poets’ (Verlaine, Baudelaire etc). What is interesting is that in your very early pictures you manage to portray your friends that were still unknown at that time, as completely decadent rockstars.

I was studying modern language and literature. That provided the way of seeing the world. I romanticised in a way the people I was looking at and I saw them through the prism of my education, which as you say were the French symbolists, like Baudelaire and Verlaine or the English romantics poets like Byron or Shelley. I saw a co-relation between artists and musicians. That was a time when the culture was shifting dramatically; there were so many profound changes going on and most of it happening amongst young people. I hardly knew anybody over 25, that was sort of a cutoff age.

That reminds me of the lyrics of the song ‘All the young dudes’, one of the best known songs of the Glam period. In the first verse Mott the Hoople sings about Billy. One of the dudes, who brags that as soon as he turns 25 he is going to kill himself.

Exactly. It was a very young emerging culture. Back then nobody was very old, some of the entrepreneurs were in their early 30s and we thought of them as being a lot older. It’s not like today when Mick Jagger is 66, or Iggy Pop is 63, or even me still taking pictures of musicians my age. The whole idea would have been ridiculous back then. An artist’s best work is quite often produced when they are young before they become too famous or too established. If you get on the cutting edge you can’t stay there forever. Nobody has, Jean Cocteau didn’t, Man Ray didn’t, Picasso didn’t, no matter who you are you cannot stay on the cutting edge but you can still produce and you can still experiment. Iggy just did a French album with jazz ‘chansons’.

The majority of musicians you shot came from an underground scene that was alive and kicking and kept producing artists that had a tremendous impact in the youth culture. In a way music was the central point building up heroes for a whole generation.

That is true. It is not hard to be popular these days, you can get the word out very fast but there really isn’t an underground today. If there is, it is about a five minute thing. But try to imagine yourself back in a time when it wasn’t like that and also the youth culture didn’t have much control of the media. The Velvet Underground couldn’t get on the radio and most people didn’t even know they existed. Obviously the media of back then was not the media of today. There was no internet, there was no cable television, there were far less magazines, there was far less of everything. Music was much more dominant; everything was built around it. Music of course is very important today and live music is probably bigger than ever but psychologically in the youth culture, music was the dominant thing. Today the internet is the dominant thing and of course it includes music but it is not the music in and of itself, it is a soundtrack whereas back then it was almost like a religion.

Can you give me the background story of the picture with Iggy Pop, David Bowie and Lou Reed in it? Do you remember that particular day?

This is a party picture. It was before David’s first tour in America in the autumn of 1972. The American record label to whom he had been signed, RCA, decided to send over a bunch of American journalists to interview him. It was at the Dorchester hotel. I have two names for that photograph, sometimes ‘The Terrible Trio’ and later I started calling it ‘The Unholy Trinity’. The interesting thing is that although Iggy and Lou knew each other, there was a sort of a little bit of rivalry between them, as different as their music was, plus they both had relationship with Nico. David was closer to them both, individually, and he was the force that actually brought them together that afternoon.

During your career you have been linked to artists that have been mostly known of messing around with sexual identity. Why are you attracted to such collaborations?

To me life is always about experimentation. Sexual identity was a great area of experimenting and the people I was attracted to treated sexual identity as something mutable. Creative people do tend to produce work out of experimental experiences. I was just fascinated by all of it. It wasn’t about discriminating. I just loved the energy, the music , the looks…

During the early seventies it was Glam Rock and London. Then it was Punk and New Wave in New York. You have always been at the right place at the right time. How did you manage to be wherever new things were emerging?

How hard is it to have rock ‘n’ roll as your routine? How much fun is too much fun?

At one point ‘sex, drugs and rock n’ roll’ developed into a lifestyle. There are a lot of dead people to prove it. I have a lot of dead friends. Between 1971 and 1976 I wrote a number of little articles, including the very last interview with Syd Barrett, where Syd [sums it all up] with quotes like ‘I have a very irregular head.’ or ‘My life is all dust and guitars.’ The miracle of course is that David, Lou and Iggy are still alive, that is the wildest thing, because they shouldn’t have been.

During the past years you have been busy photographing the young generation of rock ‘n rollers. How has the procedure of taking pictures evolved throughout all these years?

I keep doing it simply because I love to shoot. To me it is more like therapy. Your internal mechanism, at least to me and to the people I am talking about, needs to be primed on a regular basis, otherwise you don’t feel right. I love the Yeah Yeah Yeahs, The Scissor Sisters, The Killers, Queens of the Stone Age and Foo Fighters. I don’t have to hang around for several days in a row anymore. Now I can open things up very quickly and communicate and that is probably born of experience and understanding my own communicative mechanics. I love rock ‘n’ roll so much, sometimes when I shoot I dj.

Can you talk to me about this new book of yours?

I have done this series of books in the past years but lately I am actually putting the finishing touches to the picture content of a new book that is coming out next autumn. It is not just about glam and punk, although there are all these people in it but it goes right up to Gossip, Alicia Keys even Lady Gaga, all these modern characters. It gives you a much broader range. It also will include some Japanese kabuki theatre. All very dramatic. The sensibility remains though, you can see this thread in there. 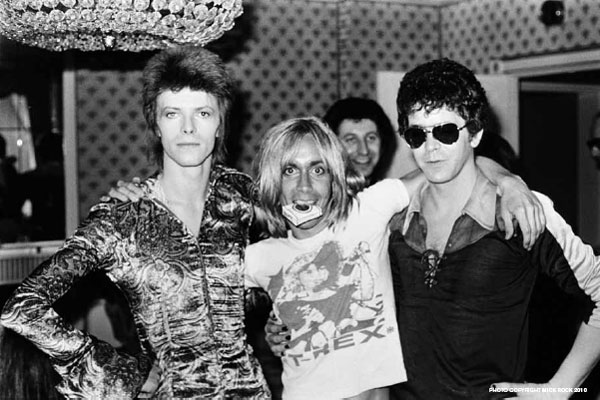