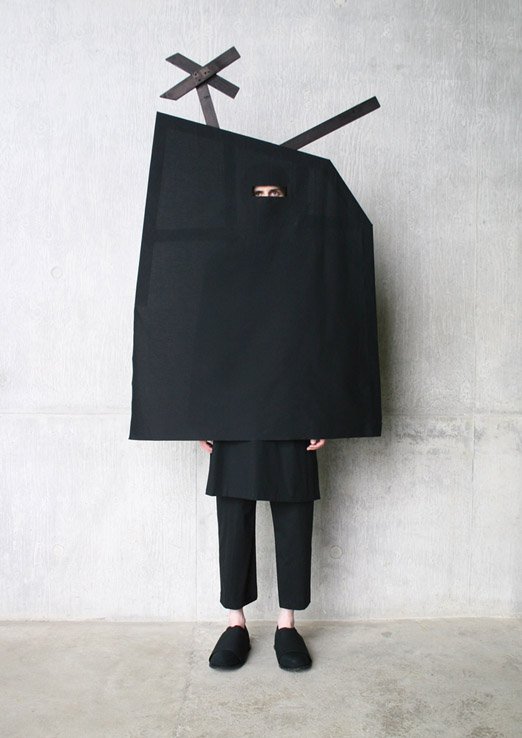 If there was one word that best describes Craig Green’s second catwalk presentation S/S ’14 in London that would be Antithesis. Chaos and control. Colour and darkness. Garments with strangely conflicting rhythms and distortive qualities simmer in one instance and explode in the other.

Once again ATOPOS cvc was there to support Craig Green’s new collection, which will be on show in Paris at the London Show Rooms Men (28th June – 3rd July, 2013).

In addition, ATOPOS cvc proudly announced Craig’s participation in the upcoming exhibition “ARRRGH! Monstres in de Mode”, which will be taking place at the Central Museum in Utrecht, between October 19th, 2013 and January 19th, 2014.