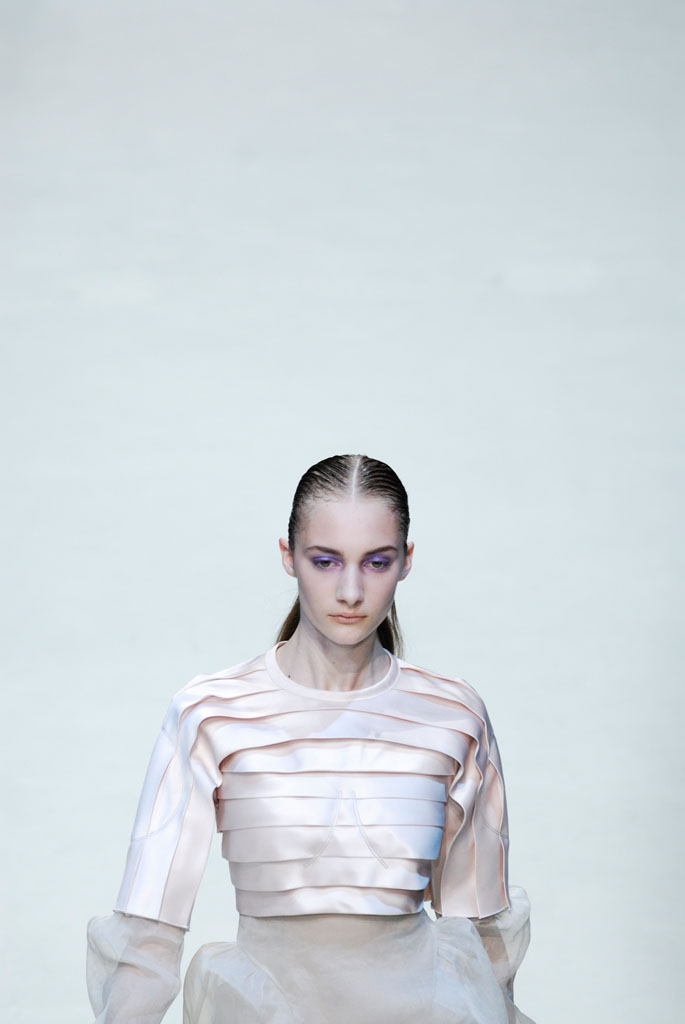 1. The color revolution in the designs of Mary Katrantzou and Danielle Scutt.

2. The size 12+ models which looked sexy and beautiful in the tight dresses on Mark Fast’s catwalk. The designer’s decision to include the voluptuous models lead to the release of his head stylist who was against the choice.

3. The return of Matthew Williamson, Burberry Prorsum and Pringle of Scotland to the LFW.

4. The presence of the Queen of American Vogue, Anna Wintour, sitting in the first row of select shows. The omnipresence of her five bodyguards that followed her everywhere could be interpreted as either a fashion statement or as just plain hyperbole.

5. Bora Aksu’s favorite phrase: “At the end of the day it’s only fashion, you don’t have to kill yourself”

Plus one: The whole collection of Marios Schwab. – for now and for ever.